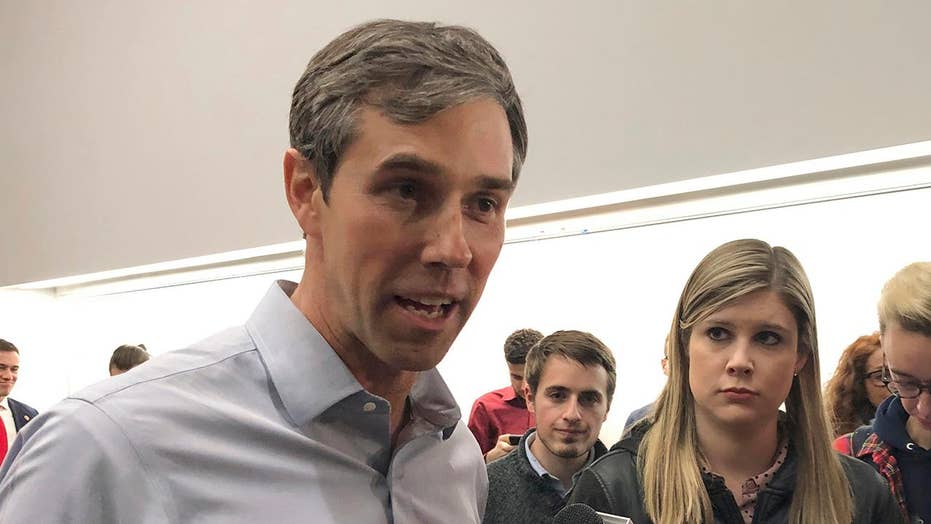 Former Texas Rep. Beto O'Rourke said Wednesday that he has made up his mind about his political future, raising expectations that he will be the latest Democrat to jump into the crowded race for the party's 2020 presidential nomination.

"[Wife] Amy and I have made a decision about how we can best serve our country," the 46-year-old O'Rourke said in a statement. "We are excited to share it with everyone soon."

The statement was first obtained by The Dallas Morning News, which reported that O'Rourke would not pursue a potential challenge to Sen. John Cornyn, the No. 2 Republican in Congress' upper chamber. Cornyn responded to the report by tweeting: "Looks like Schumer couldn’t close the deal", a reference to a recent report that O'Rourke and Schumer had met earlier this month to discuss a potential Senate bid.

O'Rourke made national headlines last year with his strong electoral challenge to Sen. Ted Cruz. O'Rourke was defeated by 2.5 percentage points, a surprisingly close margin in Texas, which has not elected a Democrat to statewide office since 1994.

BETO O'ROURKE POSTS EPIC, RAMBLING BLOG FROM ROAD TRIP: 'IN AND OUT OF A FUNK'

O'Rourke had said for a week that he planned to make up his mind by the end of February — though how he will announce what he'll do remains unclear. In addition to challenging Cornyn, O'Rourke also has suggested he could seek the Democrats' 2020 vice presidential nomination.

While O'Rourke has continued to delay his decision, Democratic activists in states holding early presidential voting contests, including Iowa, Nevada and South Carolina, have formed "Draft Beto" groups that have raised money and tried to line up would-be supporters.

"Draft Beto" announced Wednesday that it had created a "Beto Alert," which will generate notifications by email and text message once O'Rourke makes his plans known, in order to "mobilize supporters right away."

Another candidate expected to run but still deciding, former Vice President Joe Biden, said Tuesday that his family supported him launching a White House bid and that he was "very close" to a decision.