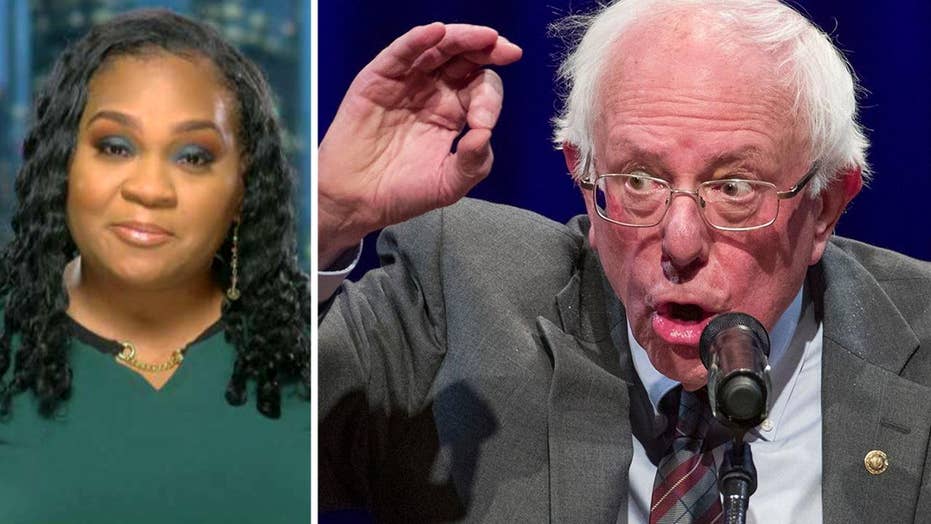 In an interview Wednesday night, Vermont Independent Sen. Bernie Sanders claimed he was too "busy" to know about the bombshell sexual misconduct allegations that internally rocked his 2016 presidential campaign, even as he apologized to any women who had not been "treated appropriately."

Sanders, widely considered a possible candidate for president again in 2020, was responding to a question from CNN anchor Anderson Cooper hours after a report Wednesday in The New York Times outlined what one former Sanders delegate called an "entire wave of rotten sexual harassment that seemingly was never dealt with."

The paper also included numerous complaints that women on the campaign were paid less than men and were frequently forced into inappropriate and uncomfortable situations.

Asked by Cooper whether he was unaware of the accusations, Sanders sarcastically replied: "Uh, yes. I was a little bit busy running around the country, trying to make the case." He then appeared to smile.

Sanders, who caucuses with Senate Democrats and ran for the 2016 Democratic presidential nomination, added afterwards: "I certainly apologize to any woman who felt that she was not treated appropriately, and of course, if I run, we will do better next time."

In one instance, according to The Times, Sanders' then-director of Latino outreach, Bill Velazquez, allegedly joked about a sexual harassment allegation made by a subordinate while the two worked on the Sanders campaign.

The subordinate, Latino outreach strategist Giulianna Di Lauro, claimed she told Velazquez in February 2016 that a campaign surrogate, game show host Marco Antonio Regil, repeatedly touched her in an inappropriate "sexual" manner. In response, according to Di Lauro, Velazquez remarked before laughing, "I bet you would have liked it if he were younger."

In response to the Times' story, Sanders' campaign arm on Wednesday did not dispute the allegations but said "there were a number of HR actions taken" in 2016 and that some employees received counseling, while others were fired. The campaign committee noted that a new sexual-misconduct policy was implemented for Sanders' 2018 Senate run.

Regil apologized to the paper through a spokesman for "any behavior on my part that could've made anyone feel uncomfortable." Velazquez said he didn't recall saying what he said to Di Lauro and took her complaint seriously, the Times reported.

"Uh, yes. I was a little bit busy running around the country."

In other episodes, according to individuals who spoke with the paper and provided contemporaneous emails, male staffers berated female colleagues and made lewd comments. So-called "Bernie Bros," or fans of the campaign, often made parallel sexist attacks against then-candidate Hillary Clinton and female reporters.

Several of the women who spoke to The Times said that they had shared their concerns with high-ranking members of the campaign. Di Lauro said she alerted Rich Pelletier, who served as Sanders' Deputy Campaign Manager and national field director, but that no substantive action was taken.

Pelletier did not immediately respond to Fox News' request for comment.

Additionally, a letter written this weekend by more than two dozen former Sanders staffers alleged that a "predatory culture" pervaded the entire operation.

The scathing document, published Sunday by Politico, highlighted what it called an “untenable and dangerous dynamic” on the campaign and requested an in-person meeting with Sanders “to discuss the issue of sexual violence and harassment," without discussing specific instances.

In response, Sanders' campaign committee, which received the letter Sunday afternoon, said in a statement: “We thank the signers of the letter for their willingness to engage in this incredibly important discussion. We always welcome hearing the experiences and views of our former staff. We also value their right to come to us in a private way so their confidences and privacy are respected. And we will honor this principle with respect to this private letter."

Sanders, who soundly defeated Clinton in the 2016 New Hampshire primary, has said he is considering running for president in 2020.