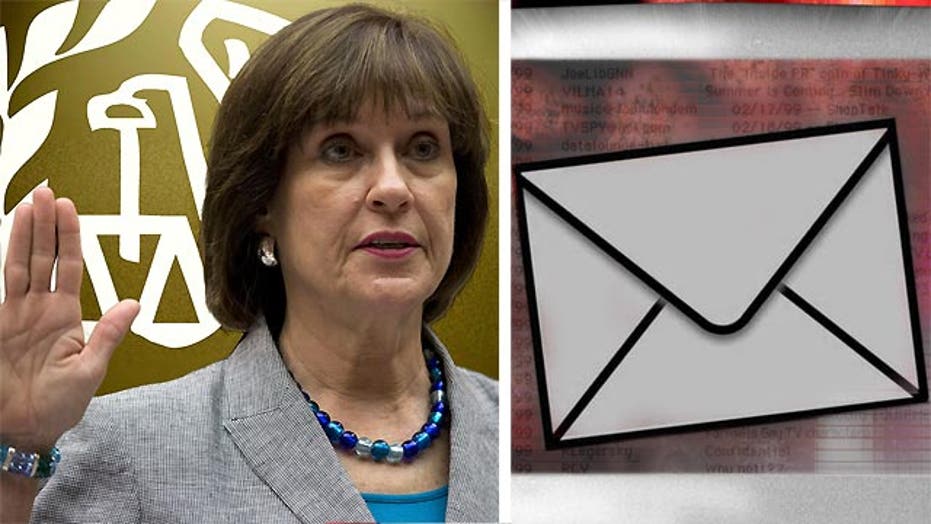 How Lerner's emails could have been lost

Do the 'lost' emails in the IRS scandal prove there is a cover-up? #IRSEmailExcuses

The attorney for ex-IRS official Lois Lerner claimed Sunday that his client "did everything she could" to retrieve emails and other files after an apparent computer crash in 2011, though he did not venture an explanation as to why the agency went so far as to destroy her hard drive after the meltdown.

The comments from William Taylor come as Republicans escalate their probe into how those files disappeared.

The IRS stunned GOP lawmakers earlier this month after claiming Lerner's computer failed in 2011, and an untold number of emails from 2009 to 2011 were lost in the process. Republicans want those emails as part of their investigation into Lerner's role in the targeting of Tea Party and other conservative groups.

Taylor, though, claimed Republicans are playing "election-year politics" and looking for a "demon that they can create."  He said the record of Lerner's hard-drive crash is "undisputed."

"She walked into the office one day, and her screen went blue. She asked for help in restoring it.  And the IT people came and attempted to restore it," Taylor told CNN's "State of the Union." "They even went so far as to send it to another expert to try to restore the emails."

He claimed "nobody was thinking about trying to keep anything from being discovered."

"She did everything she could to retrieve it. She reported it right away, and that's the story," Taylor said.

Some Republicans and computer experts, though, have questioned how hard Lerner and the agency really tried to retrieve the missing emails. Email discussions from the time of Lerner's crash, provided by the IRS, show Lerner asking for help retrieving "personal" files, but include no mention of missing emails.

They also question why the hard drive itself was, as IRS Commissioner John Koskinen has claimed, destroyed without any record of her files from backup tapes.

Asked about this on Sunday, Taylor did not comment on the hard drive.

However, he questioned whether she was properly following the Federal Records Act in storing her emails. Under the law, employees are supposed to save -- in hard copy -- emails deemed to be official records.

"She's an attorney of long standing," Issa said. "And it's kind of hard to believe that you wouldn't cover with your own paper copies."

Issa also claimed Lerner "broke some laws" in inappropriately disclosing conservative groups' information, and claimed Lerner's attorney has "outright lied a number of times" -- and is just trying to "get his client off the hook."

Taylor said Issa is "wrong" on that point. He also said his client "did exactly what the IRS required that she do."

He said employees can't print out hundreds of thousands of emails, and that Lerner "printed out some things, not others."