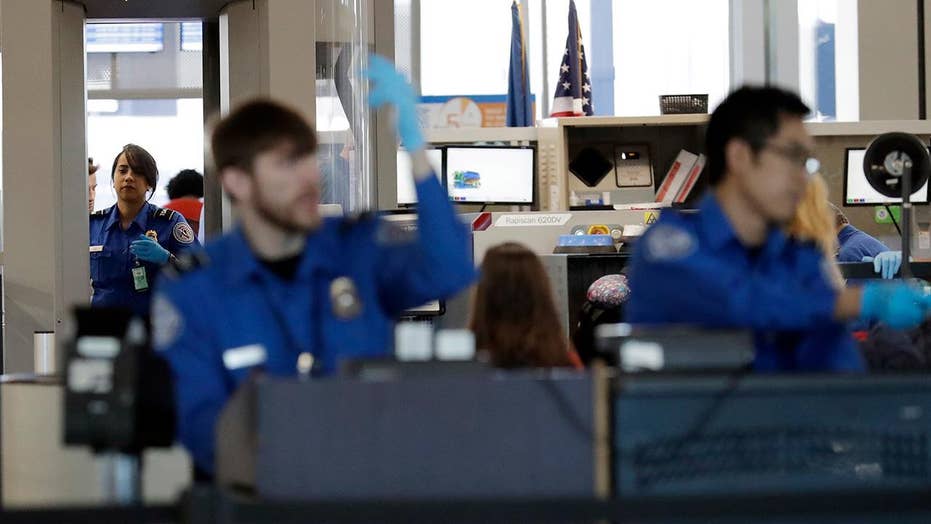 According to the Transportation Security Administration, many of their workers say the financial hardship of missing a paycheck make it difficult or impossible for them to report to work; Laura Ingle reports from La Guardia Airport in New York.

With the partial government shutdown nearing the one-month mark, the Transportation Security Administration (TSA) has seen a rise in “unscheduled absences” among employees – many for financial reasons.

“Many employees are reporting that they are not able to report to work due to financial limitations,” the TSA said in a statement.

The government partially shuttered on Dec. 22, affecting about one-quarter of the government, as President Trump and Democrats remain steadfastly at an impasse over funding for a border wall. Some 800,000 federal employees have been off the job or forced to work without pay as the government remains closed.

TSA screeners missed paychecks last week although some are able to get $500 bonuses and received pay for working the first day of the shutdown, according to The Associated Press.

“In coordination with airport and airlines partners, TSA continues to carry out its mission by optimizing resources, managing consolidation efforts and ensuring screening lanes are properly staffed,” it said. “Airports may exercise contingency plans due to call-outs and traveler volume in order to maintain effective security standards. Travelers should seek current airline and airport information and should allow enough time to get through the airport and board their flight.”

One security checkpoint was closed at the Baltimore-Washington International Thurgood Marshall Airport (BWI) Saturday due to staffing issues. However, an airport spokeswoman said there was “minimal if any” problems for customers and stressed it’s not unusual for TSA and BWI to open and close security checkpoints based on projected travel levels, flight schedules and security staffing.