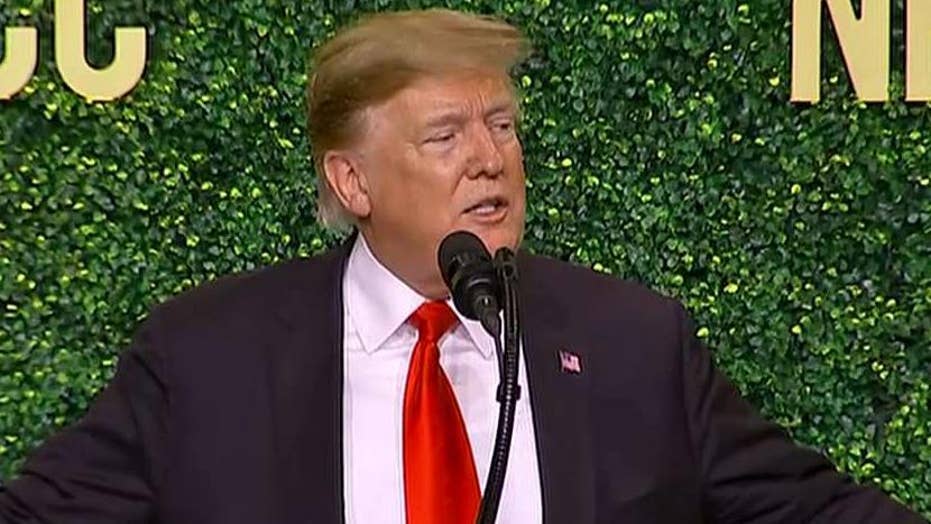 "It is obvious from your letter to Congress last week that the Trump administration still does not understand the factors driving people to seek refuge in this country and refuses to take responsibility for its failed policies that are making the situation at the border worse," leading House Democrats wrote to Nielsen Tuesday. "Instead of pushing ill-advised, ineffective proposals to detain and deport all families and unaccompanied minors, the administration needs to engage Congress on policies designed to promote safe and orderly migration flows..."

Nielsen has refused to do that. She said statistics show that up to half of illegal immigrant families never complete their applications or appear in court. By contrast, she wants Congress to toughen asylum laws and allow the Trump administration to more easily detain and remove Central American families and children.

Eliminating birthright citizenship and forcing employers to verify employees are legal U.S. residents is “on the table,” she told Tucker Carlson Tuesday night.

“The only way we fix this crisis is if Congress closes the loopholes, fixes the misguided court decisions, and gives us relief from the extraordinary pull factors that our laws and those court decisions have created,” a senior DHS official told reporters Monday in a conference call.

As the border issue keeps worsening, with the number of people illegally crossing the border climbing significantly, there has been no solution to the problem -- and the border bills in Congress keep stalling. 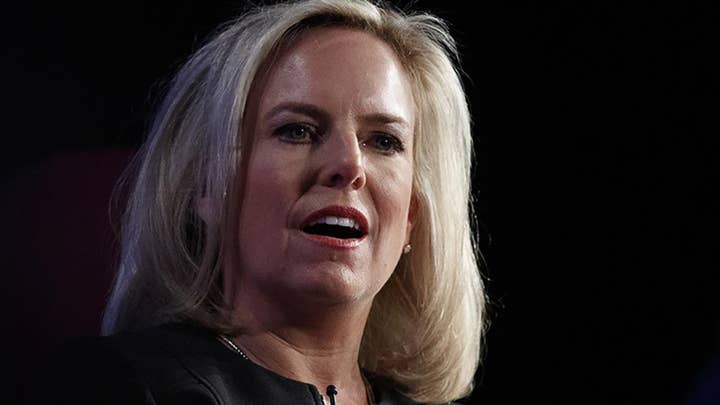 A variety of push-and-pull factors influence illegal immigration. In their letter to Nielsen, Democrats said they want the administration, "engaging in real efforts to address the crime, insecurity, and lawlessness that is causing people to leave Central America in the first place. The administration cutting foreign assistance just when these countries need it most only makes the situation worse.”

"We're facing an unprecedented unmitigated crisis on the southwest border," said former chief of the Border Patrol and current acting director of Immigration and Customs Enforcement, Ron Vitiello. "There is nothing dissuading these people from bringing their people their kids to the border."

Even executives actions or legal rulings have helped address the issue.

Also when a federal judge in 2015 reinterpreted the Flores decision to protect not just children, but adults traveling with children, from detention longer than 20 days, families apprehended crossing illegally more than doubled.

"I think the most important thing that has to happen is we need to close these loopholes," Vitiello said. "That'll make all of this work smaller. It'll make this problem smaller. The crisis will abate if we can close the loopholes. That's what needs to happen first.

Other “loopholes” considered critical to shutting down growing numbers of asylum seekers are internal.

A GOP-bill sponsored by House Judiciary ranking member Doug Collins, R-Ga., tightens the credible fear standard so there are fewer baseless asylum claims, thereby reducing the number of families getting released. It also allows the U.S. to deport Central American children who are not victims of trafficking, to their home countries.

"These loopholes provide perverse incentives for adults to send children on the hazardous journey across the border, often in the company of dangerous people," said Collins. "At the same time, our asylum system is not serving people fleeing persecution like it should because it is weighed down with frivolous claims."

The Collins bill fixes the Flores settlement by requiring DHS to keep children and parents together while their cases are handled in immigration court. A former immigration judge says 40 to 60 days should be enough.

"Forty days is the standard for custody removal proceedings," said Art Arthur, now an analyst at the Center for Immigration Studies. "So, just more than a month is all the time that an immigration judge needs to adjudicate those cases. The Flores settlement agreement encourages parents to bring their children with them to the United States knowing that they're going to be released within 20 days if they show up with the child, and that's why we see such a large number of family units showing up at the border right now."

U.S. officials expect March apprehensions to exceed 100,000, up to 65 percent could be unaccompanied minors and families. Yet, the U.S. only has detention beds for 3,000 families. The excess will be released with Notice to Appear in court – sometime in the future. But with a backlog of more than 830,000 cases, many will not see a judge for years. Their lives change, they get married, have children, work. As their American roots grow deeper, Arthur said they get more difficult to deport. He blames Congress for seeing the problem but doing nothing.

"Quite frankly Congress is in denial about the situation at the border. They don't even recognize that there's an emergency," he said. "What is now a crisis is going to be a disaster in just a few weeks time. Congress is going to have to act then. But they seem to be too busy doing other things to understand the human element of what's going on along the border."