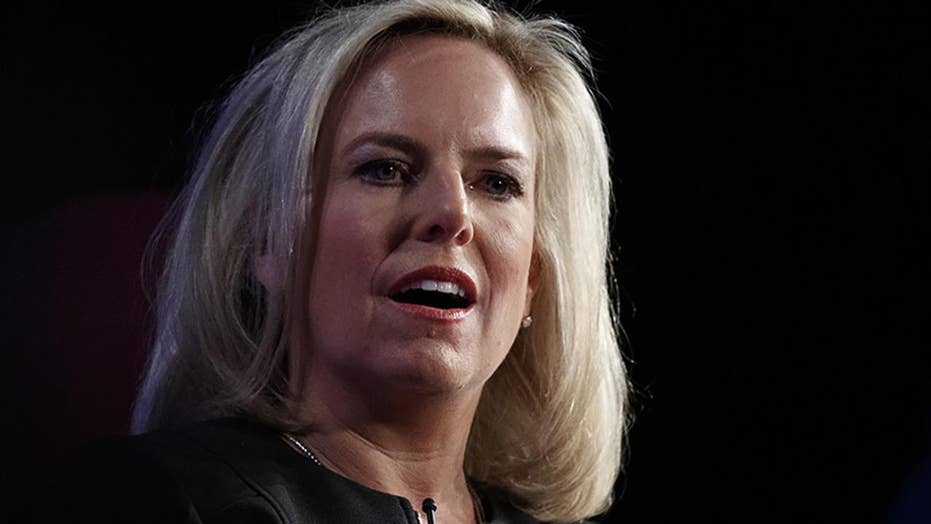 Homeland Security Secretary Kirstjen Nielsen will travel to the southern border this week with plans to visit ports of entry and speak with law enforcement officials before joining President Trump in California on Friday near a section of border wall, DHS officials told Fox News.

Nielsen will travel to El Paso, Texas, on Wednesday to visit a port of entry and border station and be briefed by local officials, before traveling to Yuma, Arizona, on Thursday to meet with leaders from Customs and Border Protection (CBP) and Immigration and Customs Enforcement (ICE) -- for a roundtable with law enforcement and local officials, as well as representatives from non-governmental organizations.

TRUMP STANDS BY BORDER CLOSURE THREAT, AS AIDES SAY ALL OPTIONS BEING EXPLORED

El Paso has been hard hit by the surge in illegal immigrants coming across the southern border. The CBP sector and facility is currently over capacity by 280 percent, with more than 3,400 migrants in custody, officials say.

On Friday, Nielsen will travel to Calexico in California, where she is scheduled to join Trump in visiting the border wall and participate in a roundtable discussion on the border crisis and “the way forward.”

Trump has declared an emergency at the southern border, and in recent days has mulled closing the border in response to the increase in illegal border crossings -- while calling for Mexico to increase efforts to stop the migration flows. 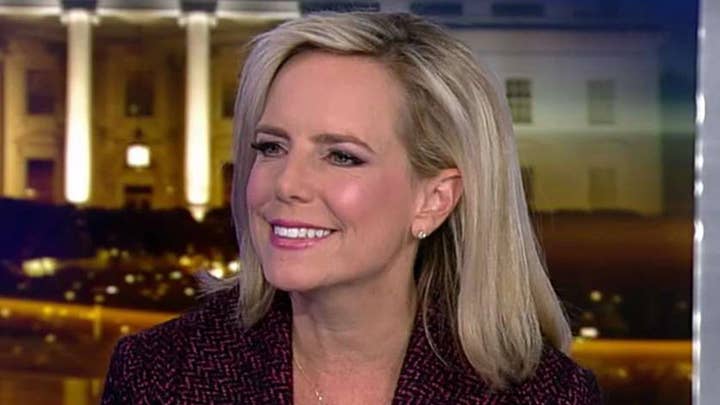 DHS announced that it is taking a “disaster response” approach to the crisis and that Nielsen has directed agencies to “surge resources and personnel” toward border security and migration management. Nielsen said the administration is treating the immigration crisis as a "Cat 5 hurricane disaster."