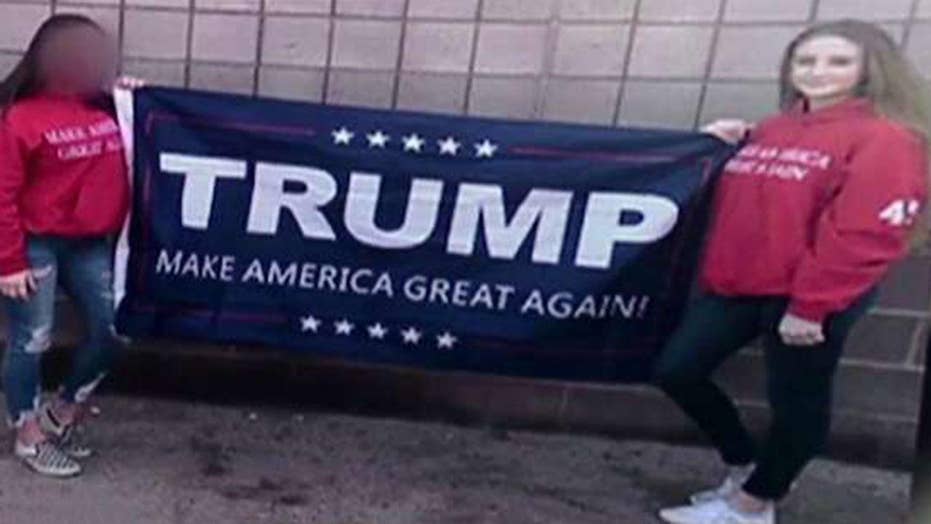 House Majority Leader Warren Petersen sent a letter on Monday to Arizona Attorney General Mark Brnovich asking him to look into whether or not the faculty at Perry High School in Gilbert, Ariz. violated students' free speech rights amid claims that administrators ordered kids to remove Trump clothing and accessories during a spirit day with a "Party in the USA" theme.

"Given that the free speech of all U.S. citizens is guaranteed in the First Amendment to the United States Constitution, we ask that you, as the state's chief legal officer, examine the facts of this case to ensure that the rights of these students were not infringed upon," the letter, which was signed by 26 Republican lawmakers, states.

A spokesman for Brnovich told the Arizona Republic that the attorney general is looking into the situation.

"We received the letter," Brnovich’s spokesman, Ryan Anderson, said. "We’ll look at all of the facts. We just don’t know enough about the situation right now.”

School officials have denied that students were punished for expressing their political views. In a response sent to parents, Principal Dan Serrano said that students carrying the Trump sign caused a disruption and created a safety concern during last Friday’s lunch.

According to Serrano, students once again brought out the signs after school and refused to leave school grounds despite being asked to by the school’s resource officer.