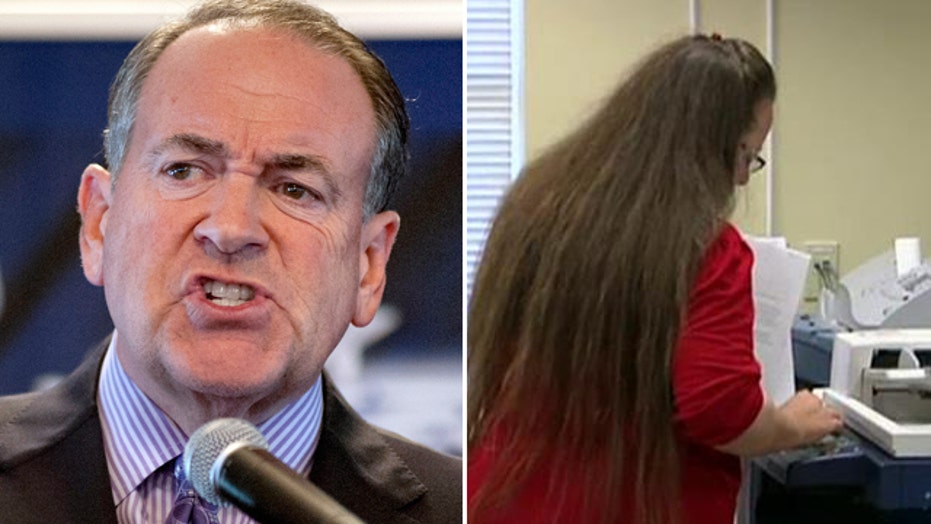 LOUISVILLE, Ky. – Embattled Kentucky clerk Kim Davis "has not demonstrated a substantial likelihood of success" in her legal bid to exempt her office from licensing same-sex marriages, a federal appeals court reiterated Tuesday.

One day after Davis returned to work following a stint in jail for defying a federal judge, the Sixth Circuit U.S. Court of Appeals shot down another of her requests to delay issuing the licenses.

After four couples sued Davis for refusing them licenses, she filed a counter lawsuit against Gov. Steve Beshear, alleging that he improperly instructed clerks to abide by the U.S. Supreme Court's decision in June that legalized gay marriage. The appeals court rejected her request to delay that directive, but also declined to toss the appeal entirely, as Beshear had requested.

Davis cited her Christian faith and religious freedom when she defied a series of court orders and refused to issue the licenses. U.S. District Judge David Bunning found her in contempt and jailed her for five days, propelling Davis to folk-hero status among some on the religious right.

One of her deputies began issuing licenses while she was in jail. When she returned to work Monday, Davis announced that she would not block the deputies from issuing licenses. But she ordered her office to alter the templates to remove her name and title, substituting "pursuant to federal court order," and said she had "grave concerns" that the issued licenses would be legally valid.

Though the governor and attorney general said they believe the licenses are valid, lawyers with the American Civil Liberties Union (ACLU) who sued Davis on behalf of four couples also are concerned. They said they would wait to consider any legal action, however, until the pending appeals are resolved.

Davis has one more request for reprieve awaiting the appeals court. In it, her attorneys with the Christian law firm Liberty Counsel argue that Bunning's order to issue licenses should apply only to the four couples who sued her and not to any other same-sex couples who would like to get married.

The ACLU asked the appeals court Tuesday to reject that one too, calling it "Davis' latest attempt to avoid the obligations of her office."

Three weeks ago, a panel of the appeals court dismissed Davis' primary argument that her religious faith should exclude her from licensing a gay marriage.

In a statement about Davis' most recent bid for an exemption, James Esseks, director of the ACLU's Lesbian, Gay, Bisexual and Transgender (LGBT) Project, said the clerk "keeps asking the same question and getting the same answer from the courts - that she has to do her job."

"Issuing marriage licenses doesn't mean she approves of those marriages, it just means she's doing the job she was elected to do."

Davis' lawyers acknowledged their request for a delay presented a "high hurdle," but highlighted that the appeals court rejected Beshear's request that they scrap the appeal outright. The Liberty Counsel wrote that the court's decision to let the case continue winding through the system is "good for Kim Davis."