Sen. Dean Heller is reportedly on the fence about the ObamaCare repeal bill. He posted a picture last month of himself reading the bill at the time. (@SenDeanHeller Twitter)

Republicans are not in the position to lose votes if they hope to repeal ObamaCare, so pressure is being placed on senators like Sen. Dean Heller, R- Nev., to declare allegiance on the newly crafted bill.

If Heller supports the bill, he would likely be parting ways with Nevada's popular GOP Gov. Brian Sandoval in a state that did not support President Donald Trump in the 2016 presidential election.

But if he opposes the bill, conservative groups will likely come after them like they did earlier this year after he opposed the GOP's initial health care bill. 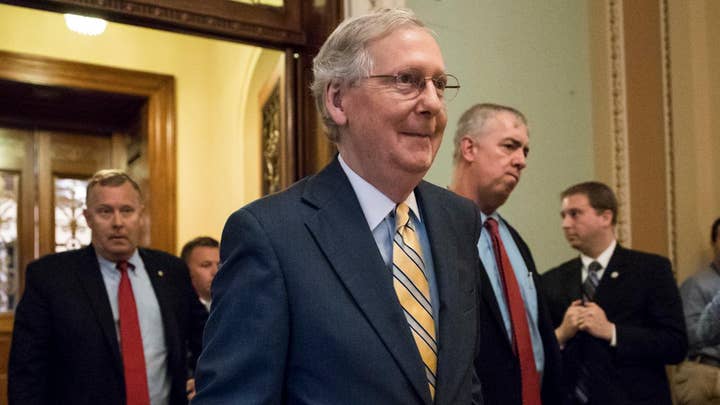 And Democrats plan to target his seat either way in next year's mid-term elections.

Trump on Friday tweeted encouragement to Republicans on the Hill to "do what is right for the people" and get their "failed ObamaCare replacement approved."

Trump declared a day earlier that failure would make him "very angry" and that he would blame Senate Majority Leader Mitch McConnell, R-Ky.

“I will be at my desk, pen in hand!” Trump tweeted.

Heller is up for re-election in 2018 and is considered one of the most vulnerable GOP senators.

"Obamacare is collapsing. This is a crisis for the American people. There is no excuse for any Republican or Democrat to oppose the Senate health care bill outright," Brian Walsh, president of the group, said in a statement at the time. "Senator Heller ... appears to be heading down a path with Nancy Pelosi, Chuck Schumer and the radical left."