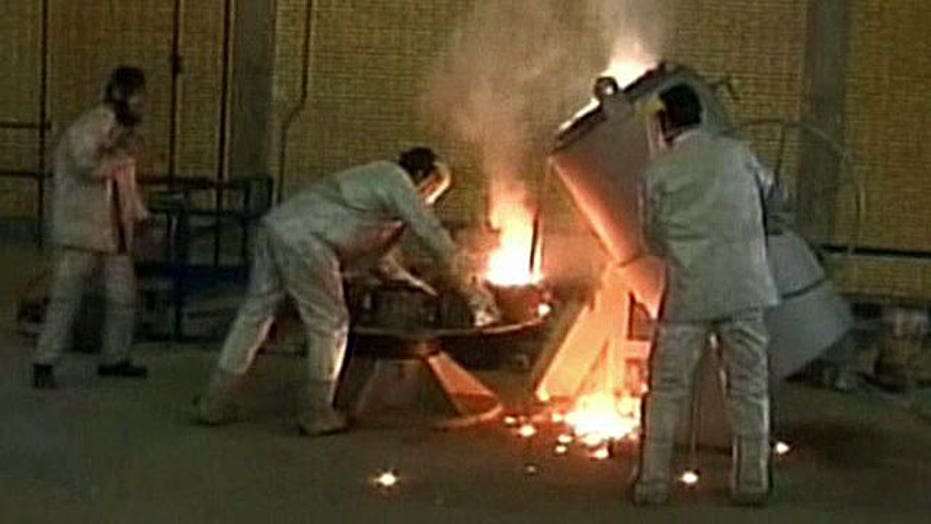 Republicans are raising concerns about the Obama administration's apparent decision to keep the text of the newly struck Iran nuclear agreement under wraps.

"The Iran deal shouldn't be kept secret from the American people," Sen. Mark Kirk, R-Ill., told Fox News. "If the White House is proud of the deal, it should be able to withstand public scrutiny in its entirety."

The White House on Thursday released a public "summary" of the interim nuclear deal. But Fox News has learned that the actual text was delivered to Congress with major caveats.

One Republican aide said the administration is keeping the document in a secret facility inside the Capitol where sensitive documents are stored. Only lawmakers and staffers with security clearances can go look at it -- and they cannot bring copies outside the secure room, though the document in question is "unclassified."

This has fueled lawmakers' suspicions, which already are high as Iran boasts about its supposed gains in nuclear talks. President Hassan Rouhani said on Twitter earlier this week that world powers "surrendered" to Iran with the agreement. The tweet, though, was later removed, and the White House has argued that Rouhani merely was playing to his domestic audience.

The document in question pertains to the implementation of a six-month deal that will rein in parts of Iran's nuclear program in exchange for what the administration describes as "modest" sanctions relief.

"These types of documents are not always made public," Carney noted. But he said the administration is committed to releasing "as much information in the text as possible."

The summary, released Thursday afternoon, included dozens of bullet points on what each side has committed to do. It said Iran would halt production of near-20 percent enriched uranium; not construct any more enrichment facilities; and not fuel its Arak reactor, among other steps.

The summary also laid out the timetable for freeing up $4.2 billion in restricted Iranian funds, starting with a $550 million installment on Feb. 1.

"Iran will not have access to the final installment of the $4.2 billion until the last day of the six-month period," the summary said.

Meanwhile, the administration continues to battle with senators who are pushing for legislation that would trigger sanctions if Iran runs afoul of the agreement. The White House argues that the bill has the potential to scuttle the diplomatic progress they've made.

Fox News has confirmed that the administration's top Iran negotiator, Wendy Sherman, was scheduled to speak with senators in a classified briefing Thursday afternoon -- as part of the effort to stave off sanctions legislation.