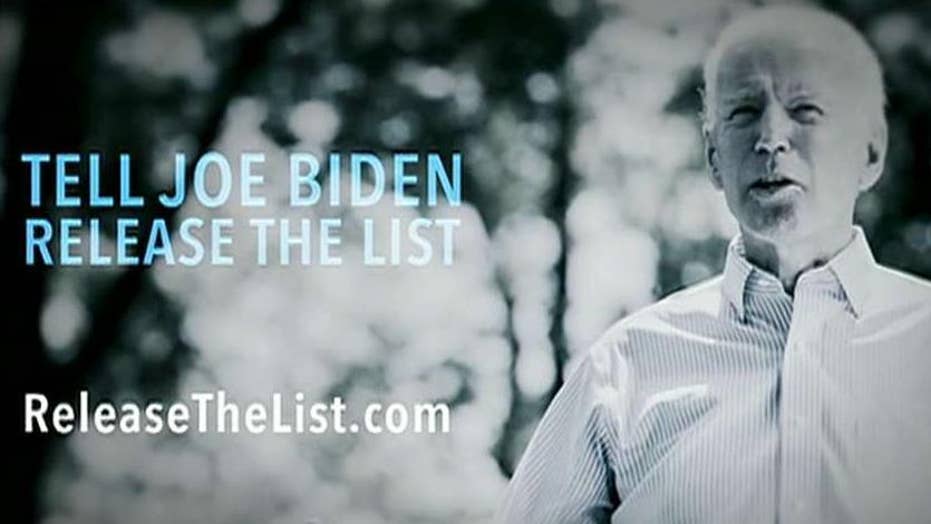 A new ad from the Judicial Crisis Network asks Democrats what they have to hide with their secret list of judicial nominees.

When President Trump ran for office in 2016, he released a list of possible candidates he would consider for Supreme Court nominations -- now, a new ad campaign is calling on Democrats to do the same.

The 30-second ad -- part of a two-week, $1.1 million campaign from the conservative Judicial Crisis Network -- is scheduled to launch as 2020 Democratic candidates meet for debates in Miami this week.

"It certainly helped President Trump when he made history putting his list out there," JCN chief counsel and policy director Carrie Severino told "Fox & Friends" on Tuesday. "My fear is the liberals are campaigning on trying to pack the court now, they want to add justices. They want liberal activists who are going to be so extreme, they don’t want the American people to see the kinds of people they want to put on the court."

In 2016, then-candidate Trump released a list of 21 possible nominees to fill the Supreme Court seat left vacant by the death of Justice Antonin Scalia. The eventual pick, Neil Gorsuch, was on that list.

“Trump released his list. Why won’t you?” the ad says, putting pressure on Democratic primary front-runner Joe Biden, in particular, to reveal who would be considered.

“Democratic candidates and liberal groups are campaigning to pack the courts with liberal judges, while keeping their list secret,” Severino said in a statement. “Democratic frontrunner Joe Biden and all Democratic presidential candidates should stop hiding and release their list of potential Supreme Court nominees so the American people can judge for themselves.”