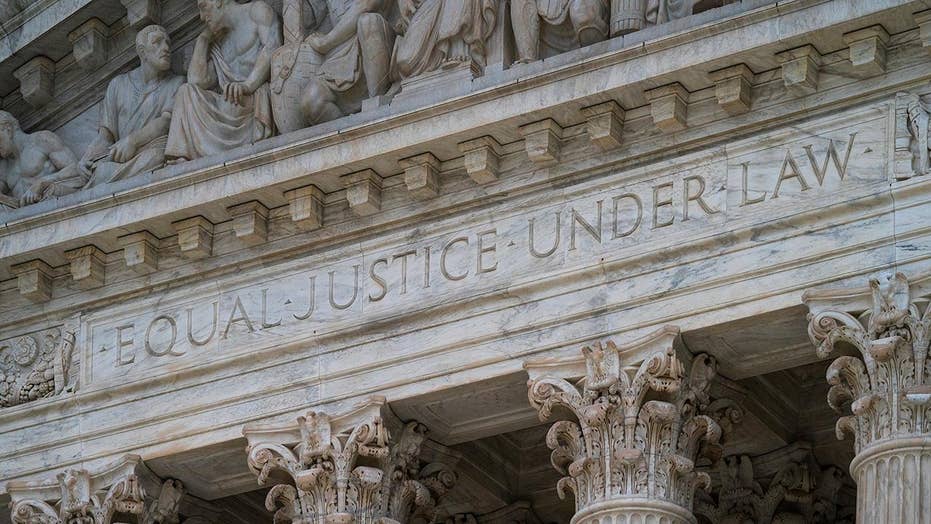 Angry about Brett Kavanaugh and Merrick Garland and facing the prospect of a conservative-leaning Supreme Court for years to come, leading Democrats, law professors, and progressives activists are brimming with schemes to restructure the Court. But their proposals – court packing, term limits for justices, and the like – stand little chance of being enacted anytime soon, suggesting that they may have more immediate motives.

The most frequently heard proposals seek to add two or more Supreme Court seats to the nine that have been the rule since 1869. The underlying assumption behind this court packing is that a Democratic president would be in place to fill the new seats with liberal justices.

Other proposals include term limits for the justices (typically 18 years) and combinations of the two ideas, such as 2020 Democratic presidential contender Peter Buttigieg's plan. Unlike additional seats, term limits would likely require a constitutional amendment depending on how they are implemented.

Tampering with the Supreme Court's structure is a bad idea. Turnabout, when the government changes hands, would reduce the Court to a plaything of the other branches.

Fortunately, restructuring proposals have no chance of being enacted now and little chance in the longer term. Because they are aimed at dislodging the Court's center-right majority, passage would depend entirely on Democratic votes. Even if no constitutional amendment were needed, enactment would require a Democratic president combined with a substantial Democrat majority in both houses of Congress – not all Democrats will be willing to tamper with a 150-year-old norm – as well as the elimination of the Senate filibuster.

That raises the question of why liberals are advocating so enthusiastically for what is essentially a pipe dream. Anger and politics surely provide part of the answer. But so does the knowledge that aggressively pushing restructuring schemes might cause Chief Justice John Roberts enough concern to distance himself from the Supreme Court's conservative bloc in an attempt to alleviate the pressure coming from the left. Such a shift, after all, is progressives' only real hope of avoiding a conservative majority.

A recent research study found that "Court-curbing proposals ramp up when proposers perceive that they can receive more favorable policy outcomes by threatening the institution." In turn, those threats cause "the Court to limit its use of judicial review – it is less likely to strike down legislation when under siege." This effect is small for associate justices but significant for chief justices, who "may vote in ways that appear counter to [their] ideological preferences" as a result.

A chief justice's special concern about preserving the High Court's legitimacy is not the only reason Roberts is the obvious target for those laying siege to the Court. He is also viewed as the least conservative of the five center-right justices, and he's no stranger to political compromise.

The most famous example of cowing the Court with a threat to restructure it occurred in 1937. President Franklin Roosevelt frustrated that the Supreme Court was striking down New Deal legislation and similar state laws more often then he liked, proposed legislation that would have allowed up to 15 justices. Roosevelt's proposal wasn't well received in Congress but it apparently accomplished its goal. Shortly after the proposal was announced, Justice Owen Roberts joined the Court's pro-New Deal bloc, ushering in an era in which the justices sided with progressive legislation over economic liberty time and again.

More recently, intimidation of the Supreme Court appeared to work in 2012 when the justices upheld most of the Patient Protection and Affordable Care Act (ObamaCare). The statute was saved when Roberts joined the four liberal justices in finding the individual insurance mandate constitutional. However, by all reports, the chief justice voted the opposite way three months earlier in the private conference that followed oral argument.

In the intervening months, the High Court faced a campaign of pressure from Democrats focused on the Court's legitimacy. President Obama proclaimed that "were an unelected group of people" to strike down ObamaCare, it "would be an unprecedented, extraordinary step" that would evince "a lack of judicial restraint." Many observers of the Court believe this pressure ultimately influenced Roberts' vote. In any case, there is nearly universal agreement that the decision he engineered was guided more by political compromise than law.

Jump to 2019 and Roberts' flip flop in the ObamaCare case provides a blueprint for progressives hoping that a little intimidation will go a long way.

Whether their hopes will pan out should be clearer over the next few weeks, as the justices hand down their decisions in this term's most controversial cases, including challenges to partisan gerrymandering, a citizenship question on the census, a World War I memorial cross on public land, and the powers of the administrative state. Look for whether Roberts sides with the Court's liberal bloc or engineers a narrower decision than his conservative brethren would prefer in one or two of these big cases.

If Roberts dashes progressives' hopes in the coming weeks, expect them to denounce him for abandoning his supposed obligation to maintain the Supreme Court's ideological balance, while they simultaneously turn up the volume on their calls for restructuring the Court. A new round of political pressure on the chief justice would thus begin.