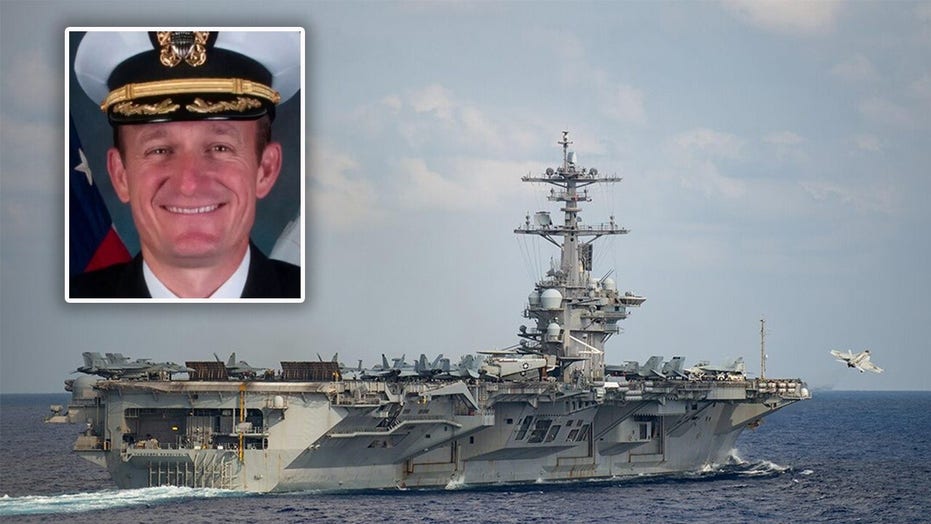 President Trump on Monday said at a press conference that he might get involved in the public crisis playing out in the Navy after an aircraft carrier commander was ousted after raising the alarm about a coronavirus outbreak on the ship in a leaked letter.

Acting Navy Secretary Thomas Modly appeared to worsen the situation when he gave a surprise speech to sailors on the USS Theodore Roosevelt and called ousted Captain Brett Cozier "too naïve or too stupid" to be a commanding officer of a ship like this, Reuters reported.

Modly later issued an apology to the Navy and Crozier and said, "Let me be clear, I do not think Captain Brett Cozier is naive nor stupid. I think, and always believed him to be the opposite. We pick our carrier commanding officers with great care. Captain Crozier is smart and passionate."

Modly said he wanted to apologize for any "confusion this choice of words may have caused."

Trump told a press conference that he is good at "settling arguments." Trump said Cozier  should have resisted sending the letter but he did not want to destroy "somebody for having a bad day," the report said.

Several Democrats in Congress are calling for Modly to be fired following the speech in which he admonished the ship's former commander for expressing concerns over the coronavirus in a strongly worded letter that was leaked to the media.

Virginia Rep. Elaine Luria, a Navy veteran and member of the House Armed Services Committee, called for Defense Secretary Mark Esper to fire Modly for his remarks about Capt. Brett Crozier, who he called “too naïve or too stupid” to lead the carrier.

"TR Sailors are on the frontlines of this pandemic and of our nation’s defense in the Pacific," Luria tweeted Monday. "Acting @SECNAV remarks to the crew show that he is in no way fit to lead our Navy through this trying time.@EsperDoD should immediately fire him."

Modly is facing a wave of criticism after he accused Crozier of "betrayal" for his letter warning that the coronavirus had created a dire situation on the ship, which is now docked in Guam. Modly apologized for his remarks Monday night, saying, "Let me be clear, I do not think Captain Brett Crozier is naïve nor stupid."

Last week The San Francisco Chronicle published the letter in which Crozier pleaded for help to contain the virus, which has infected at least 155 sailors aboard the ship, including himself.

He was relieved of his command last week after defense officials said he went outside the chain of command. Crew members cheered him as he departed the carrier. 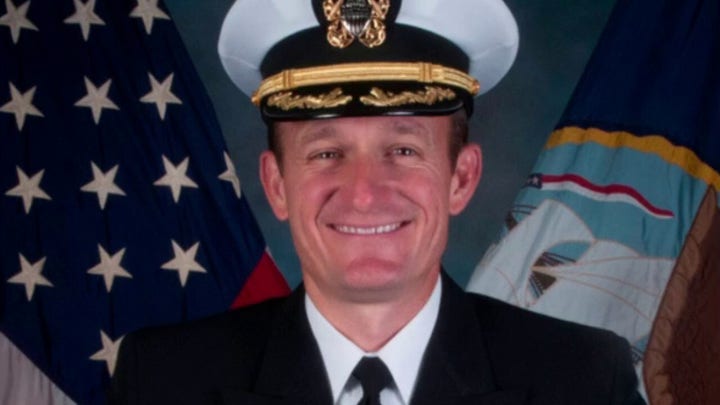 "I did not come to this decision lightly," Modly said of his decision. "I have no doubt in my mind [Capt.] Crozier did what he thought was in the best interest [of] the safety and well being of his crew. Unfortunately, he did the opposite."

Many Democrats argued Crozier was looking out for the health and safety of his crew and was being punished for the Navy's muzzled response. Democratic Sen. Richard Blumenthal of Connecticut, a Marine veteran, also called for Modly to be sacked over his remarks.

"Modly should be removed unceremoniously for these shocking remarks — especially after failing to protect sailors safety and health. He has betrayed their trust," Blumenthal tweeted, while also calling for a Department of Defense Inspector General investigation.

California Rep. Ted Lieu, who is a colonel in the Air Force Reserve, called Modly a "hypocrite" after his speech was leaked while saying he wasn't fit to lead the Navy.

In a statement, Virginia Sen. Tim Kaine called Modly's comments "inappropriate and beneath the office of the Secretary of the Navy."

"It’s deeply disappointing that he would deliver a speech on board a U.S. aircraft carrier suggesting that Captain Crozier might be ‘stupid’ and bashing the media for trying to report the truth," he said. "These dedicated sailors deserve better from their leadership.”

President Trump backed Modly's decision over the weekend, saying Crozier "shouldn’t be talking that way in a letter. I thought it was terrible what he did."