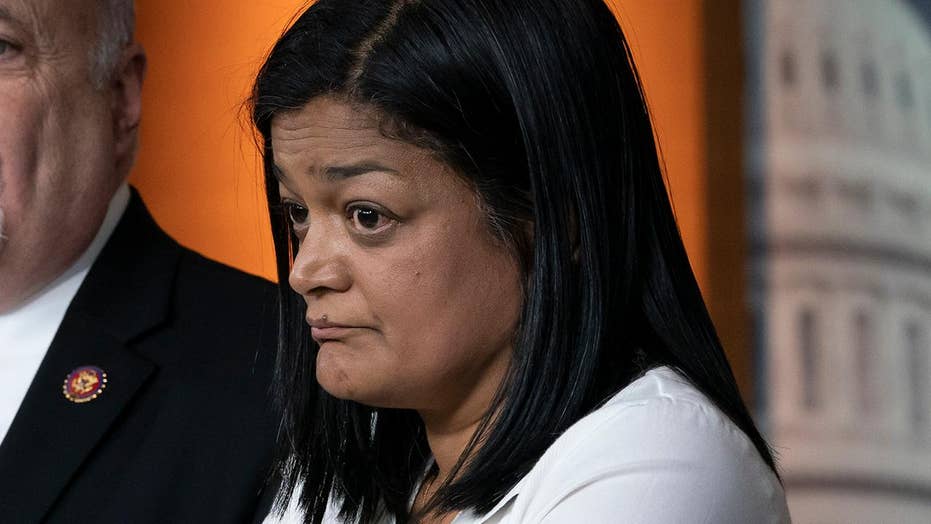 A Democrat lawmaker is suggesting that those who stray from the party's pro-abortion stance should have strong primary challenges and their funding withdrawn from the DCCC. Executive director of Democrats for Life of America Kristen Day says that's the wrong move for the party.

Kristen Day, executive director of Democrats for Life of America, told "Fox & Friends" Monday that Democratic lawmakers like Rep. Pramila Jayapal, a Washington congresswoman who suggested the Democratic Party should not fund candidates who are pro-life, are hurting the party.

"Democrats have, historically, tried to protect the underdog, those who need assistance, the vulnerable," Day said. "And again, we hear this over and over again, but who is more vulnerable than an infant in the womb? That baby is so worthy of protection and protection of the Democratic Party, and she's absolutely wrong on that front."

Day's comments come as the co-chair of the Congressional Progressive Caucus called for "strong primary challenges" against pro-life Democrats, telling reporters: "You can't say you're a Democrat...if you're against abortion."

However, Day believes Jayapal and other leaders don't truly understand the party. 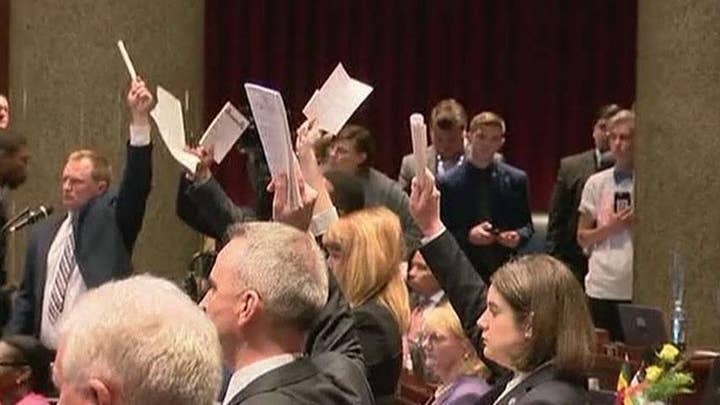 "I think there's a small minority of Democrats who are really vocal in pushing the party to take this abortion extremism position and it's really out of touch, and the time is now for pro-life Democrats to start standing up and saying, 'No. Enough.'"

"A lot of them are afraid to speak up," Day added. "The party is going in the absolute wrong direction and we may have won the House back in the Congress but there are seats all around the country that are in jeopardy because of this abortion extremism."

As more Democrats jump into the 2020 presidential race, the candidates' positions on abortion are coming under greater scrutiny.

Democrats appeared divided on the issue, with 60 percent favoring considerable limits on abortion, a Marist poll revealed in January. In that same poll, only 28 percent of Democrats said they thought abortion should be available at any point in the pregnancy.