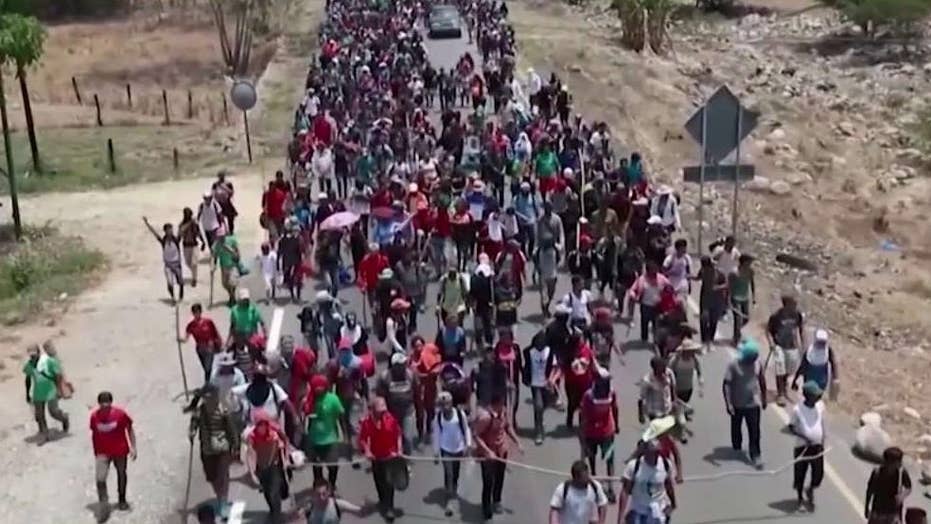 SAN FRANCISCO – Another Trump administration immigration control effort went before the critical eye of the 9th Circuit U.S. Court of Appeals on Wednesday -- and appears likely to suffer a similar fate as previous government programs that the court's judges have struck down.

Wednesday's case before a three-judge panel examined the legality of the Department of Homeland Security’s Migrant Protection Protocols (MPP), an initiative announced in December to address what the feds called the “dramatically escalating burdens of unauthorized migration, which is causing irreparable harm.”

The idea: for Central American migrants who’ve crossed the U.S. border asking for asylum to be returned to Mexico temporarily. MPP was designed to provide relief to overburdened U.S. detention facilities by targeting people who were unlikely to make successful asylum claims.

Judge Paul Watford took issue with how the migrants have been processed and whether the government was giving them a fair opportunity to express their concerns about returning to Mexico – even if on a temporary basis.

“I don’t understand how that’s not arbitrary and capricious,” Watford said about current protocols which do not demand government border agents ask about fears migrants might have about staying in Mexico.

Outside the courthouse after the hearing, Rabinovitz, who said she was cautiously optimistic for a favorable ruling, went on further to say, “we have... heard of people who are kidnapped and given death threats – didn’t matter – they were returned to Mexico.”

Judge William Fletcher criticized the government’s legal justification for the migrants it's placed in Mexico under existing laws that appear to have given separate classifications for different types of asylum seekers.

“We’ve got dogs and cats who go to the pound but that doesn’t turn a dog into a cat or vice versa,” Fletcher, who was appointed by President Clinton, analogized. President Obama appointed Watford.

Earlier this month, a lower court judge determined the Trump administration's policy violated existing federal law and failed to give adequate protection to migrants who feared for their safety in Mexico.

Judge Richard Seeborg issued a nationwide injunction immediately stopping immigration authorities from placing migrants in Mexico. President Trump blasted the decision, tweeting: “A 9th Circuit Judge just ruled that Mexico is too dangerous for migrants. So unfair to the U.S. OUT OF CONTROL!”

But, several days later, Seeborg’s injunction was stayed temporarily to allow each side to present Wednesday's arguments. That prompted another presidential tweet, “Finally, great news at the Border!”

Over the past couple of years, the 9th Circuit has ruled against the Trump administration’s travel ban and attempt to end protections for Deferred Action for Childhood Arrivals (DACA) recipients. It also has ruled in favor of "sanctuary" laws giving protection to illegal immigrants.

The judges gave the packed third-floor courtroom no guidance on when a decision would be announced. The tenor of the arguments suggested the stay would be lifted but it wasn't clear whether the underlying injunction would be preserved in full or modified in a way that would keep MPP in place under an altered state.

If the judges decide to reinstate the injunction, the government has asked for a one-week delay to file an emergency appeal with the Supreme Court.