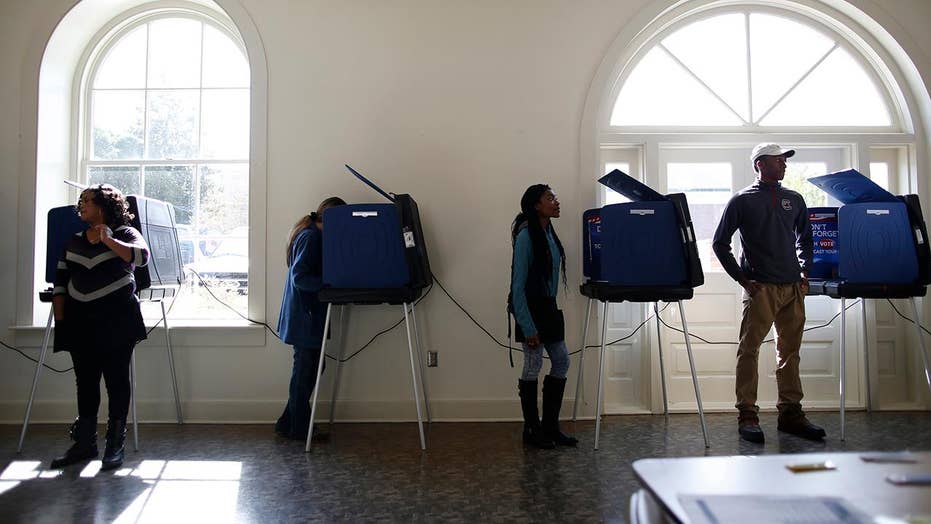 2020 Democratic presidential candidates are trying to court religious black voters for early support ahead of the Palmetto state’s primary, but preferences are split.

COLUMBIA, S.C. -- After Sunday services were finished at the Bible Way Church of Christ here in the outskirts of Columbia, Pastor James Mack said goodbye to parishioners as Sen. Bernie Sanders, the Vermont Democratic presidential candidate, was holding a neighborhood walk-through blocks away.

“I want to listen to what they’re saying and find out to identify if their values coincide with my Christian values," Mack told Fox News, "and I think that’s what my concern is right now.”

The Democrats running for president in 2020 are trying to court religious black voters like Mack for early support ahead of South Carolina's primary, but preferences are split -- and cut into former Vice President Joe Biden’s commanding lead.

A recent Fox News Poll from early July has his support at 41 percent among black voters. Meanwhile, Sen. Elizabeth Warren of Massachusetts and South Bend, Ind., Mayor Pete Buttigieg come in with only 2 and 1 percent, respectively.

To connect with black voters, candidates are making church visits, using biblical language from scripture and relying on spiritual advisors as they work to appeal to this powerhouse voting bloc that could decide the nomination.

Speaking to the congregants of the Reid Chapel AME Church in Columbia from the pulpit, Warren invoked scripture in justifying her run for the White House.

Warren had an honorary companion with her -- Boston Pastor Miniard Culpepper. Asked why she brought Culpepper along to South Carolina, Warren responded: “I’m very grateful for the help he has given me for many, many years. He understands the role of faith.”

African American voters make up more than 60 percent of the Democratic primary electorate and candidates are trying to energize them to turn out this cycle.

According to Census data, the black voter turnout rate fell in 2016 for the first time in 20 years.

Buttigieg cast a wide net in bringing more of those voters in, hoping they get to the polls this time, repeating his oft-used line when speaking to young Christian millennials in Atlanta, Ga.

“God does not belong to a political party in this country,” he said.

But with Buttigieg, especially in South Carolina, the intersection of race and religion remains a hurdle for some of his would-be supporters.

Samuel was referring to the death of an African-American man, Eric Logan, 54, who was shot by a South Bend police officer earlier this summer.

But the campaigns are not just talking the talk, they’re walking the walk, hiring staff to reach out to the faithful.

Sen. Cory Booker of New Jersey and Buttigieg have both hired a faith outreach coordinator. Sen. Kamala Harris of California told the state's Democratic convention crowd in June that, “We can’t just helicopter in here....We have to support the people who are on the ground, who know the community and do the work every day.”

She's planning to hold a phone bank in Anderson County next week. Biden also is hosting a local event with Democrats upstate around the same time.

But Mack warns against inauthentic drop-ins to the state.

“They have to come into our community," he said, "talk to us, identify with the things that we are concerned about and hopefully they can learn our ways, our culture, and then we can become better from that perspective.”