Several Democrats vying for the White House in 2020 condemned Iranian Gen. Qassem Soleimani before taking aim at President Trump for ordering the deadly airstrike that will escalate tensions in the region and was done so without Congress’ approval.

Former Vice President Joe Biden claimed that by ordering the airstrike Trump “just tossed a stick of dynamite into a tinderbox.”

In a lengthy statement, Biden said Trump “owes the American people an explanation of the strategy and plan to keep our troops and embassy personnel, our people and our interests, both here at home and abroad, and our partners throughout the region and beyond. 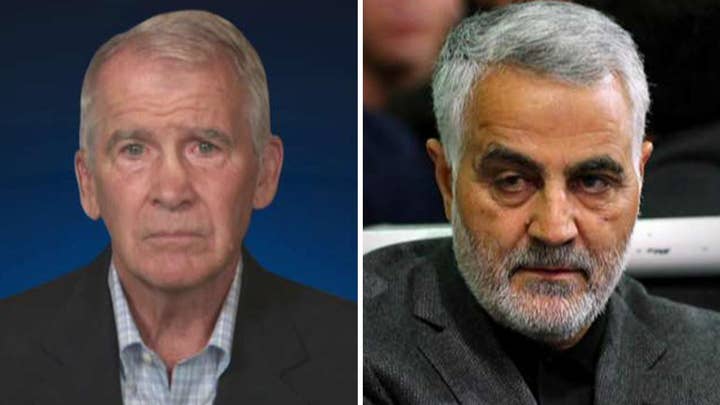 “No American will mourn Qassem Soleimani’s passing. He deserved to be brought to justice for his crimes against American troops and thousands of innocents throughout the region. He supported terror and sowed chaos,” the statement read.

“None of that negates the fact that this is a hugely escalatory move in an already dangerous region. The Administration’s statement says that its goal is to deter future attack by Iran, but this action almost certainly will have the opposite effect.”

Biden also questioned whether the Trump administration considered the “second- and third-order consequences” of Soleimani’s death that now puts the U.S. “on the brink of a major conflict across the Middle East.”

“I fear this administration has not demonstrated at any turn the discipline or long-term vision necessary --- and the stakes could not be higher,” he said.

Sen. Elizabeth Warren, D-Mass., and Sen. Bernie Sanders, an independent from Vermont, both echoed Biden’s sentiments – and mentioned the financial consequences of a renewed conflict in the Middle East.

The Wall Street Journal reported that the price of oil surged late Thursday after the Pentagon announced Trump had ordered the airstrike that killed the leader of Iran’s Islamic Revolutionary Guard Corps’ foreign wing.

“When I voted against the war in Iraq in 2002, I feared it would lead to greater destabilization of the region. That fear unfortunately turned out to be true,” Sanders said. “The U.S. has lost approximately 4,500 brave troops, tens of thousands have been wounded, and we’ve spent trillions.”

“Trump's dangerous escalation brings us closer to another disastrous war in the Middle East that could cost countless lives and trillions more dollars,” he continues in a second tweet. “Trump promised to end endless wars, but this action puts us on the path to another one.

Sen. Amy Klobuchar, D-Minn., also weighed in on Twitter, calling on the Trump administration to consult with Congress in regards to its strategy moving forward.

“Qassem Soleimani was responsible for directing Iran’s destabilizing action in Iraq, Syria, and throughout the Middle East, including attacks against U.S. forces. But the timing, manner, and potential consequences of the Administration’s actions raise serious questions and concerns about an escalating conflict,” her statement said.

“Our immediate focus needs to be on ensuring all necessary security measures are taken to protect U.S. military and diplomatic personnel in Iraq and throughout the region. The Administration needs to fully consult with Congress on its decision-making, response plans, and strategy for preventing a wider conflict.”

Speaking to MSNBC, Sen. Cory Booker, D-N.J., said, “We have a president who had a failure in his Iranian policy, who has no larger strategic plan and who has made that region less stable and less safe.”

Long-shot Democratic presidential candidate Marianne Williamson took aim at federal laws dating back to 1961 which she says fail to cap spending by the U.S. Department of Defense, and thus allow Trump’s “recklessness” in the Middle East. In a series of tweets, the author, activist and spiritual leader slammed Congress for passing the National Defense Authorization Act (NDAA).