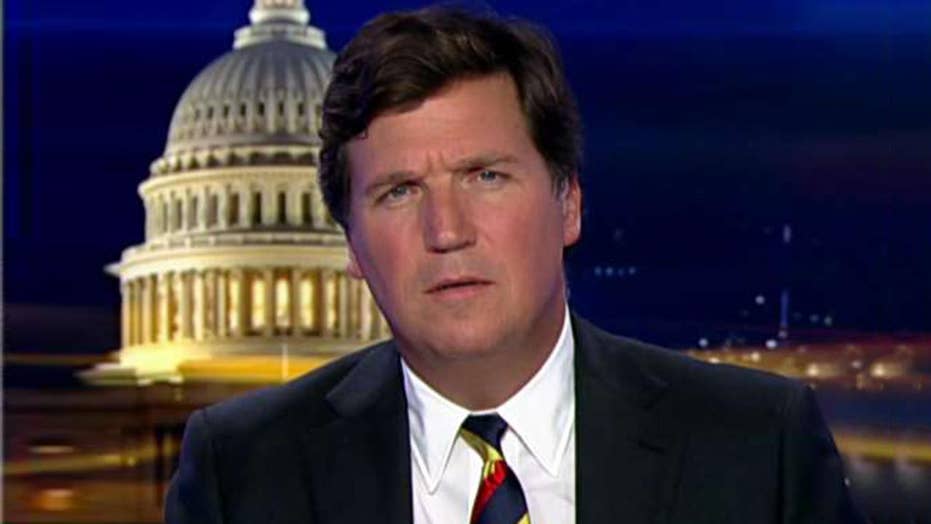 It was a moment that should have united this fractious country -- we could use it. Instead, it became more fodder for those who profit from our division.

On Sunday morning, the Trump administration announced that thanks to a successful military raid in Northwest Syria, the ISIS leader Abu Bakr al-Baghdadi had been killed.

President Trump: He died after running into a dead-end tunnel, whimpering and crying and screaming all the way.

He was a sick and depraved man.

And he died in a vicious and violent way, as a coward running and crying.

"Sick and depraved," it turns out, is not an overstatement. As the head of the ISIS caliphate, Baghdadi ran one of the most gruesome death cults in human history. In Syria and Iraq, his followers murdered untold thousands, beheaded them, and drowned them, and set them on fire, often on camera.

In the U.S. and in Europe, terrorists pledging alliance to Baghdadi killed hundreds in mass shootings, bombings and vehicle attacks. So Baghdadi's death is really nothing less than a victory for civilization itself. And yet, here in Washington, many complain that Trump had dared to kill him.

House Speaker Nancy Pelosi whined that she hadn't been given appropriate notice of the operation -- as if it were all about her.

And then on CNN, some compared the president to ISIS.

Nick Paton Walsh, CNN senior international correspondent: There were lots of moments during Donald Trump's speech which jar to some degree. Some of which sort of echoed, frankly, the crudeness you would often expect to hear maybe from ISIS about the whimpering, screaming Baghdadi pinned down in a sealed tunnel. It was so disturbing to hear to some degree.

"I would not use that language," says the guy who is making a career out of screaming and foaming on television.

Over on CNN.com, meanwhile, one of the reporters compiled a listicle called "The 41 Most Shocking Lines from Donald Trump's Baghdadi Announcement." -- CNN really reaching new lows every day.

You're watching the flailing of a leadership class that despises the country it governs. They loathe the elected president so much, they're incapable of acknowledging any accomplishment, no matter what it is.

And then there was Max Boot, always the most deranged probably because he is also the dumbest. Boot complained that Trump wasn't respectful enough of Baghdadi: "Trump could not have heard whimpering and crying because there was no audio. The assertion that Baghdadi died as a coward was contradicted by the fact that rather than be captured, he blew himself up."

In other words, says Max Boot, Baghdadi was a hero of sorts and shame on Trump for calling him a coward!

Well, that sounds kind of far-out.

You should know that MSNBC devoted significant coverage to the question of whether Baghdadi actually "whimpered" before he died.

Geoff Bennett, NBC News White House correspondent: He was talking about Baghdadi's final moments. Take a listen to this:.

Trump: "He died after running into a dead-end tunnel whimpering and crying and screaming all the way."

Bennett: But as you point out in the piece, there was no live audio from the raid. So square that circle for us.

"Square that circle." It's beyond parody. Well, that award goes to the Washington Post. Here's how that paper chose to announce Baghdadi's death: "Abu Bakr al-Baghdadi, austere religious scholar at the helm of Islamic State, dies at 48."

That's one for the scrapbook. You can find it with other memorable headlines from history.

So what is this about? Well, ultimately, you're watching the flailing of a leadership class that despises the country it governs. They loathe the elected president so much, they're incapable of acknowledging any accomplishment, no matter what it is.

Trump is bad. Trump killed Baghdadi. Therefore killing Baghdadi was bad. That's how these purported geniuses actually think. They are purely reactive about everything, not just the death of terrorists.

These are the very people who sat by idly as our entire middle class died. And then China rose to take America's place as leader of the world, and virtually alone among political figures, Trump noted these things. "Hey, what's going on?" he said. He ran on those issues and he won.

Those are not positions you would take if you cared about your people. But at this point, it is pretty obvious, they hate Trump far more than they love America.