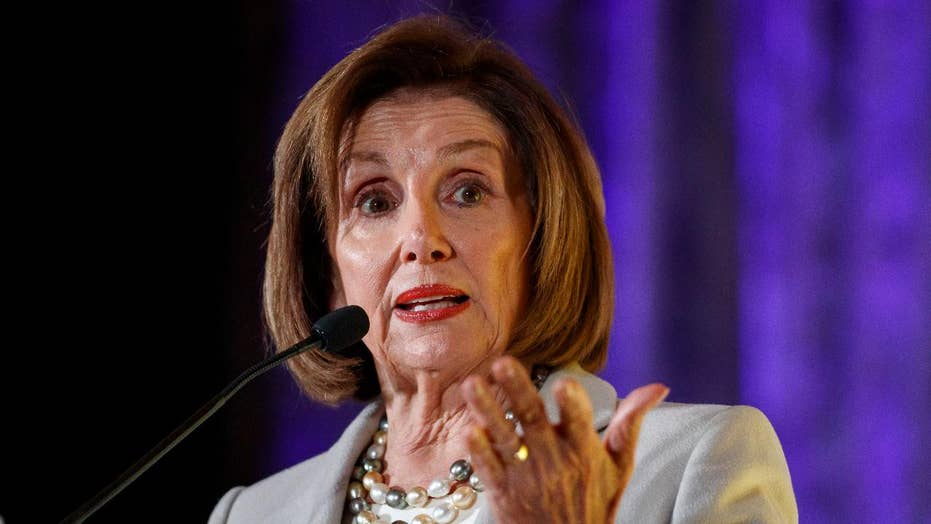 In a dramatic sign of how Democrats' messaging apparently backfired, NBC's "Saturday Night Live" ran an ill-timed sketch suggesting that Trump had created "jobs" for ISIS -- just hours before the president held a news conference announcing al-Baghdadi's demise. The sketch aired around the time the two-hour late-night raid in northwest Syria was underway.

"It's genuinely fascinating watching Democrats in real-time struggle to figure out what to say about this," journalist Glenn Greenwald wrote on Sunday. "They want to be patriotic and anti-ISIS, but also need a way to malign Trump without contradicting their gushing Obama praise over [Usama bin Laden]: not an easy balancing act. Good luck!"

Through the day, the Democrats -- including House Speaker Nancy Pelosi, Senate Foreign Relations Committee ranking member Bob Menendez and former Vice President Joe Biden -- seemingly settled on a new strategy. They praised the troops who executed the historic raid, while pointedly avoiding complimenting the president in any way.

Congressional Democrats also lamented that they were not informed in advance of the operation, while the Russian military was told so that their airspace could be used. The president suggested Sunday that Democrats in Congress, who have been conducting an impeachment inquiry against him that has been fraught with leaked information to the media, were not notified before the raid because of concerns they might compromise the operation with leaks.

"I congratulate our special forces, our intelligence community, and all our brave military professionals on delivering justice to the terrorist Abu Bakr al-Baghdadi," Biden, one of the many Democrats seeking to unseat Trump in 2020, said. He went on to call on Trump to "keep up the pressure to prevent ISIS from ever regrouping or again threatening the United States." 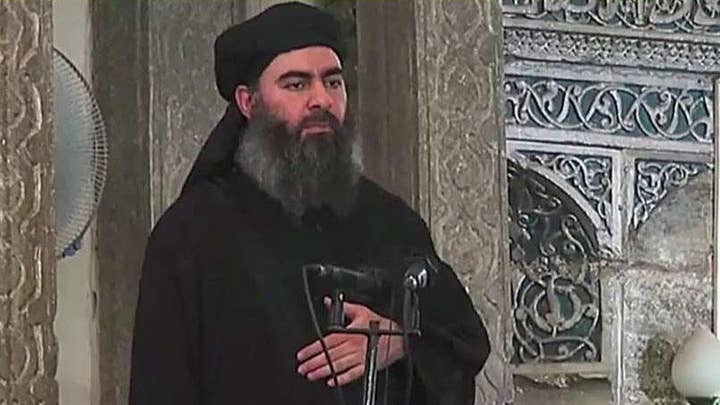 Pelosi, meanwhile, praised the "heroism, dedication and skill of our military and our intelligence professionals and acknowledge the work of our partners in the region," then condemned Trump's "green-lighting of Turkish aggression into Syria against our Kurdish partners."

However, in May 2011, when President Obama announced Usama bin Laden's death, Pelosi, D-Calif., was much less reluctant to praise the commander-in-chief.

"I salute President Obama, his national security team, Director Panetta, our men and women in the intelligence community and military, and other nations who supported this effort for their leadership in achieving this major accomplishment," Pelosi said at the time.

LIKE 'WATCHING A MOVIE' -- HERE'S HOW THE DARING RAID WENT DOWN

Some commentators also noted that The Washington Post also had applied a different standard on Sunday than it did when bin Laden was killed. "Abu Bakr al-Baghdadi, austere religious scholar at helm of Islamic State, dies at 48," read a head-turning, since-changed headline in the Post.

The sympathetic obituary described the terror leader as “a shy, nearsighted youth who liked soccer but preferred to spend his free time at the local mosque” and noted that "despite the group’s extremist views and vicious tactics, Mr. Baghdadi maintained a canny pragmatism as leader."

But in 2011, the Post's headline announcing bin Laden's death flatly called him the leader of a "terrorist group."

In her statement Sunday, Pelosi further demanded that the "House must be briefed on this raid, which the Russians but not top congressional leadership were notified of in advance, and on the administration’s overall strategy in the region."

For his part, Menendez, D-N.J., on Sunday also steered clear of praising or saluting Trump, and instead exalted "our men and women in uniform who successfully executed the attack on a brutal murderer who mercilessly killed Americans, terrorized populations across the Middle East, and threatened regional peace and security."

The operation, Menendez said, "is a testament to the courage of our military who put their lives at risk every day to protect our nation, and a sobering reminder of the importance of sustained American leadership with reliable and capable partners on the ground, including the Syrian Democratic Forces and Iraqi military."

Republicans, on the other hand, called the ISIS leader's death the culmination of the Trump administration's campaign against the terror group. The so-called ISIS caliphate that dominated Iraq has largely crumbled under a withering barrage of airpower from U.S. and allied forces in the region.

GOP Tennessee Rep. Mark Green, a member of the House Homeland Security Committee, praised the soldiers who carried out the raid, then added: "Of course, I commend the president. I mean, we got one bada-- president to make this kind of decision, and his statement this morning was awesome. It was awesome."

"We got one bada-- president to make this kind of decision, and his statement this morning was awesome. It was awesome."

Other Republicans echoed that sentiment, although with somewhat less colorful language.

"President Trump and the Trump administration had already largely decimated and destroyed ISIS -- the body of the snake," GOP Texas Rep. John Ratcliffe told Fox News' "Sunday Morning Futures." "But, yesterday they cut off the head of the snake in killing Baghdadi. "

'HE DIED LIKE A COWARD': TRUMP DESCRIBES ISIS LEADER'S LAST MOMENTS AS US SPECIAL FORCES CLOSED IN

Georgia GOP Rep. Doug Collins, the top Republican on the House Judiciary Committee, suggested Trump's decision not to inform congressional Democrats in advance of the raid was sound.

"Anybody who looks to ISIS right now ought to look to their leader who went pretty, cowered in a corner and blew himself up," Collins said. He added that the "bigger story" was that Trump "can't get information from his own intel committee about Syria. It goes to show you that this president who has been attacked and who has been harassed by an impeachment probe for the last 10 months, while all of this is going on in the House... this president... kept his eye on the ball." 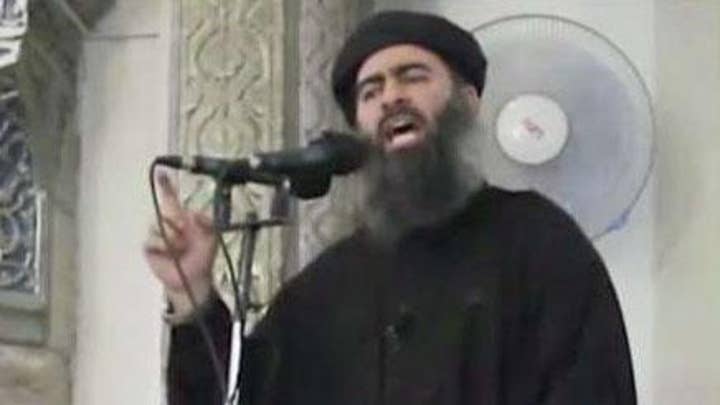 The spin commenced immediately after Trump's speech to the nation Sunday morning, when he announced that the ISIS leader -- a notorious murderer and rapist whom Trump called a "gutless animal" -- had died "in a vicious and violent way, as a coward, running and crying.”

al-Baghdadi detonated an explosive vest as U.S. Special Operations Forces stormed his compound in the Idlib Province, Trump said, killing him and three of his children.

"No personnel were lost in the operation, while a large number of Baghdadi’s fighters and companions were killed with him," Trump announced, adding that the U.S. recovered "highly sensitive" materials related to ISIS. "You are the very best anywhere in the world," Trump later said of the U.S. forces.

Trump said al-Baghdadi died while being chased down by U.S. forces in a tunnel, and that the ISIS leader was "whimpering and crying and screaming all the way."