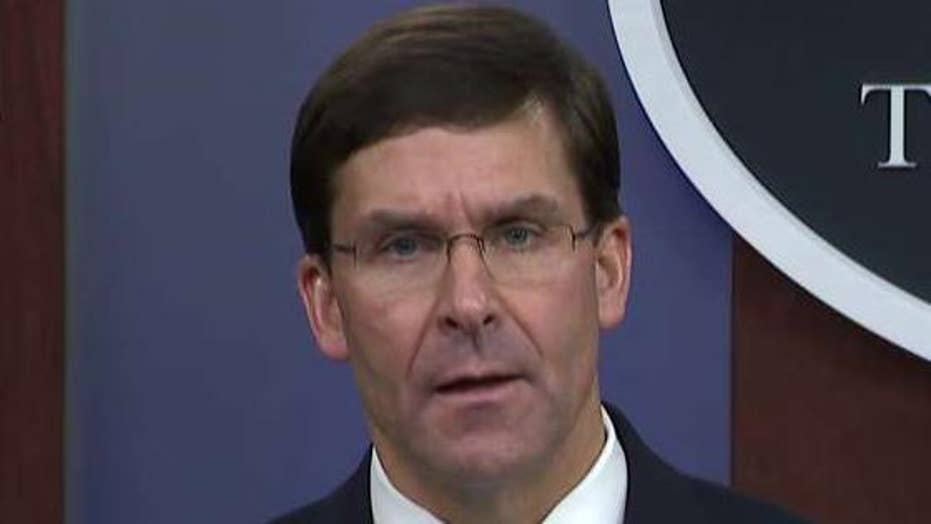 U.S. forces assaulted al-Baghdadi's compound in Barisha, Syria and found the ISIS leader hiding in a tunnel where he detonated a suicide vest.

Al-Muhajir had been considered a “number two” to al-Baghdadi, according to the official.

The second U.S. military operation took place in Turkish-held Jarabulus in northern Syria, a 3-hour drive from where al-Baghdadi was killed near another border town with Turkey, Fox News has learned.

Al-Baghdadi was killed during Saturday night’s daring raid in Syria and after years of intelligence gathering, U.S. Special Operation Forces had no doubts the mutilated body of the man killed during that raid was the long-sought ISIS leader. U.S. Special Operation Forces employed new technology and DNA testing to positively identify al-Baghdadi's headless remains almost immediately.

TRUMP DEFENDS KEEPING 'LEAKER' SCHIFF, PELOSI OUT OF THE LOOP ON AL-BAGHDADI RAID

While the commandos had visually identified al-Baghdadi before he bolted down a dead-end tunnel with three children -- where he was found "whimpering" and trapped before detonating a suicide vest -- that wasn’t enough. Various accounts have told of his death in the past, only for him to surface yet again.

“There wasn’t much left,” President Trump said of al-Baghdadi’s remains during a Sunday morning news conference following the raid, “but there are still substantial pieces that they brought back.”

Biometrics is a method of authenticating a person’s identification that uses human features such as fingerprints, facial recognition or other physical characteristics.

The U.S. military operation that killed the elusive ISIS leader also succeeded in decapitating the organizational structure of the international terror group facing a leadership vacuum in the latest of several major setbacks.

While it remains unclear who exactly will take over the terror organization, President Trump said in March the caliphate was “obliterated” and the U.S. will “continue to pursue the remaining ISIS terrorists to their brutal end.”

The terror group has yet to officially name a successor.

The terror group already had lost vast stretches of its physical caliphate that stretched across parts of Syria and Iraq, but counterterrorism experts have cautioned they expect the group's ideology to endure beyond al-Baghdadi.