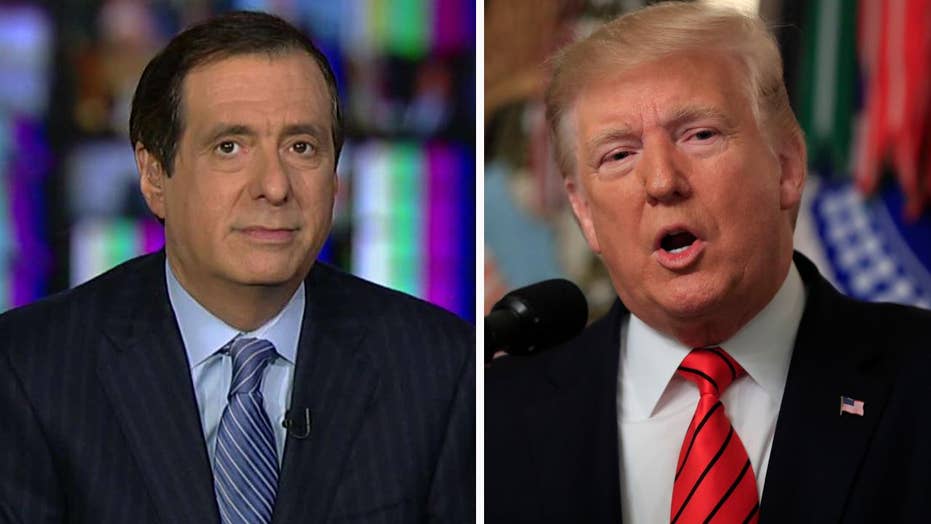 Howard Kurtz: After Trump success, many outlets pivoting to impeachment

The initial burst of positive coverage of President Trump for the killing of the leader of ISIS has quickly dissolved into grudging praise mixed with mocking potshots.

And for some news outlets, a strong desire to quickly move on—or move back—to impeachment.

To be sure, some journalists have raised fair questions about the raid that led to the death of Abu Bakr al-Baghdadi. Even in the face of a military success, reporters don’t have to check their skepticism at the door.

Some of the criticism focused on Trump’s freewheeling, 40-minute news conference. As I said on the air Sunday, any other president would have made his solemn speech and walked off. Instead, Trump reveled in taking questions from reporters.

The Washington Post said that unlike Barack Obama’s “measured tones” in announcing the death of Osama bin Laden, when he spoke about American values, Trump created a “spectacle” that displayed “overt showmanship, blunt language and airing of personal gripes.”

It was bracing to hear Trump say al-Baghdadi was a “coward” who “died like a dog,” “whimpering” and “crying.” But that kind of humiliating talk may well have been a way of sending other terrorists a message.

The president didn’t need to take a victory lap at the presser, but that’s his rough-and-tumble style. Much of the media still want Trump to be “dignified,” but that’s not how he got elected and that’s not what his supporters want. It shouldn’t detract from this military success—and if he raid had failed and Americans had been killed, the press wouldn’t have hesitated to pin the blame on Trump.

A New York Times news story said the raid “occurred largely in spite of, and not because of, Mr. Trump’s actions.”

That feels like a loaded line. But it involved the legitimate question of whether Trump’s pullout of troops from northern Syria “disrupted the meticulous planning underway and forced Pentagon officials to speed up the plan for the risky night raid” against al-Baghdadi.

And it’s equally fair to question whether the troop withdrawal will make it harder to mount future counterterrorism operations, as well as whether ISIS will still be a threat after the death of its leader.

For many people, the awful Washington Post headline on an obit of al-Baghdadi captured a media mindset that is hard to fathom.

The original headline was fine, describing him as ISIS’ “terrorist-in-chief.” But some editor thought it would be a good idea to change it, so this wasn’t a rushed mistake on deadline.

The headline was offensive and amounted to whitewashing the reality that this was a brutal mass murderer who specialized in public beheadings and setting people on fire in cages. To use those words was unthinkable.

Post spokeswoman Kris Coratti Kelly tweeted that “the headline should never have read that way and we changed it quickly.” That was after a fierce online backlash. Coratti also told CNN that “Post correspondents have spent years in Iraq and Syria documenting ISIS savagery, often at great personal risk,” and the headline didn’t reflect that brutality.

Al-Baghdadi had not been seen in recent years, and ISIS is a diminished force, thanks to the Trump administration and our Kurdish allies. Still, his death is an important milestone in the war on terror. But many media outlets seem anxious to return to the impeachment narrative.