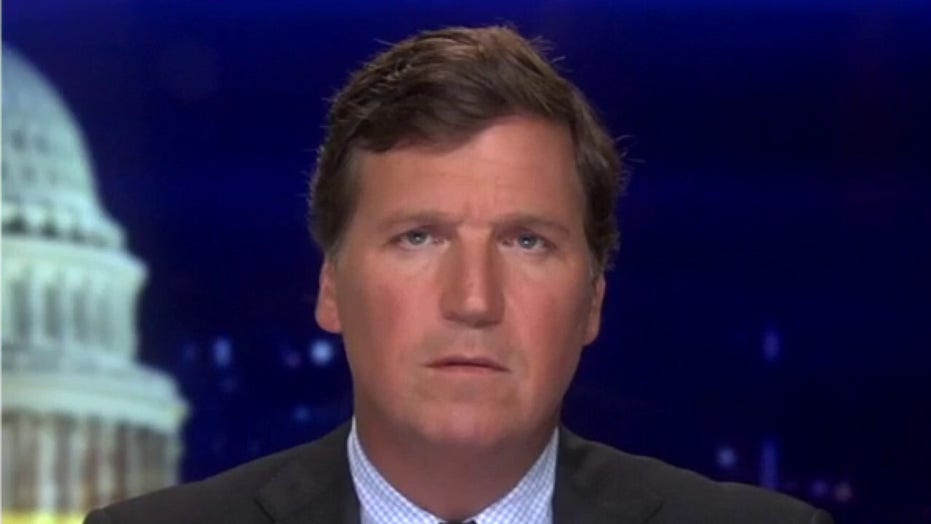 Left trying to hide origins of the coronavirus.

The World Health Organization has revised its assessment of the coronavirus threat. The virus from Wuhan is now officially a global pandemic.

Dr. Tedros Adhanom Ghebreyesus, director general of the World Health Organization: The number of cases of COVID-19 outside China has increased 13-fold and the number of affected countries has tripled. We have therefore made the assessment that COVID-19 can be characterized as a pandemic.

CHINA SAYS CORONAVIRUS CASES FALLING, IT IS PAST PEAK OF DISEASE: REPORT

So as of right now, the official count in this country is 1,100 cases of coronavirus. That figure is growing quickly.

In Italy, which experts say is only a few weeks ahead of where we are in the development of the outbreak, the entire nation is on lockdown. The disease has killed almost 200 people in Italy in just the past 24 hours.

Markets are responding to this. The Dow dropped almost 6 percent on Wednesday. The NCAA announced that March Madness, the basketball tournament, will be played without fans in attendance this year and that ought to tell you something.

Schools are closing across the country and so on. Our show has a graphic at the very bottom of your screen with the many closures and cancellations already in effect.

Now, you may be wondering as you watch this, could this be an overreaction? All of it? So far, relatively few people have died in this country.

But before you reach that conclusion, consider this: With the average annual flu, the one that goes around every year, every person who gets the virus spreads it to over 1.3 people. In the case of this virus, the coronavirus, that number is almost double. Left unchecked, every infected person affects more than two people on average.

Of those who get the typical flu virus, about 0.1 percent die. So far in the United States, the coronavirus death rate appears to be over 2.5 percent, though experts say with undetected cases, it could go down. But that's small comfort.

The Chinese government knows that identity politics is America's greatest weakness. It divides us. It makes us stupider. In times of crisis, it may even paralyze the national will at essential moments. It could do that now.

To be clear, this is a virus that spreads twice as easily as the flu and is likely to be at least 10 times deadlier. It's not something to take lightly. The country needs a clear plan to protect its people. Decisive action in China and South Korea appears to have kept the virus somewhat under control in those countries and saved lives.

One of the reasons that Americans may have missed the significance of this virus is because unfortunately, it came enmeshed with politics. On television, talking heads have wasted hours upon valuable hours yammering not about the virus and its potential victims, but how it is racist to tie the coronavirus to China, where it came from.

Please. Now is not the time to indulge in the lowest and dumbest kind of identity politics. In times of crisis, euphemisms kill. You need accuracy and clear language in the way you talk about the threat. It's essential.

And yet ingrained habits are hard to break, and among our professional class, no habit is more deeply ingrained than seeing the world through the lens of race, which they do. When Congressman Kevin McCarthy tweeted information about the Chinese coronavirus, Ilhan Omar responded this way: "Viruses don't have nationalities. This is racist."

But at MSNBC, they're not shutting up. They give the very same lecture.

Ayman Mohyeldin, MSNBC host: Now, I want to ask you about the back and forth between Democratic Congresswoman Grace Meng and House Minority Leader Kevin McCarthy and she is demanding an apology for him referring to the virus in very derogatory offensive terms calling it the Chinese coronavirus.

What is your reaction to that? Some have even called it the Wuhan virus and obviously, a very insensitive terminology there. But what do you make of Kevin McCarthy using that terminology?

Rep. Raja Krishnamoorthi, D-Ill.: I'm disturbed by it. It's an American problem now and we have to have an aggressive American response.

"Offensive and racist." These people are a joke, and they are more importantly a distraction.

China is watching all of this. The Chinese government knows that identity politics is America's greatest weakness. It divides us. It makes us stupider. In times of crisis, it may even paralyze the national will at essential moments. It could do that now.

So Beijing has joined the chorus denouncing the West as racist for noticing where the virus came from. Chinese embassies are now openly claiming the virus may have come from somewhere else, not China.

And the propaganda is working. Just a month ago, the American media thought nothing of calling the virus what it actually is.

Don Lemon, CNN anchor: The first U.S. case of Chinese coronavirus was confirmed at her hospital -- one of her hospitals --

Kristie Lu Stout, CNN international correspondent: Inside that building is the world's first lab-grown copy of the Wuhan coronavirus outside mainland China.

Mika Brzezinski, MSNBC host This comes as the Chinese coronavirus death toll has jumped to at least 26 people and sickened at least 835 people. 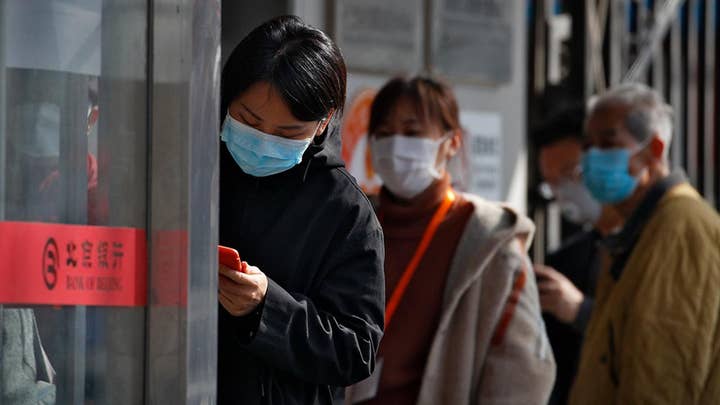 They'll deny those tapes exists. That's not how they're describing it now. Why? Because China told them not to. And the media were happy to comply, and by the way, to downplay direct threats to this country from China articulated out of the open clearly in print.

Just last week, China's official news service warned ominously that it might cut off drug exports to the United States in order to intensify the epidemic and cause even more deaths here. Keep in mind that China makes 97 percent of the world's antibiotics. What would happen if they cut off supply to this country? Many would die.

So our country's greatest rival is denying reality about a plague they unleashed on the world and is then openly threatening to kill American citizens in our country. This is happening right now.

Our news media are ignoring all of it, which tells you which side they're on.