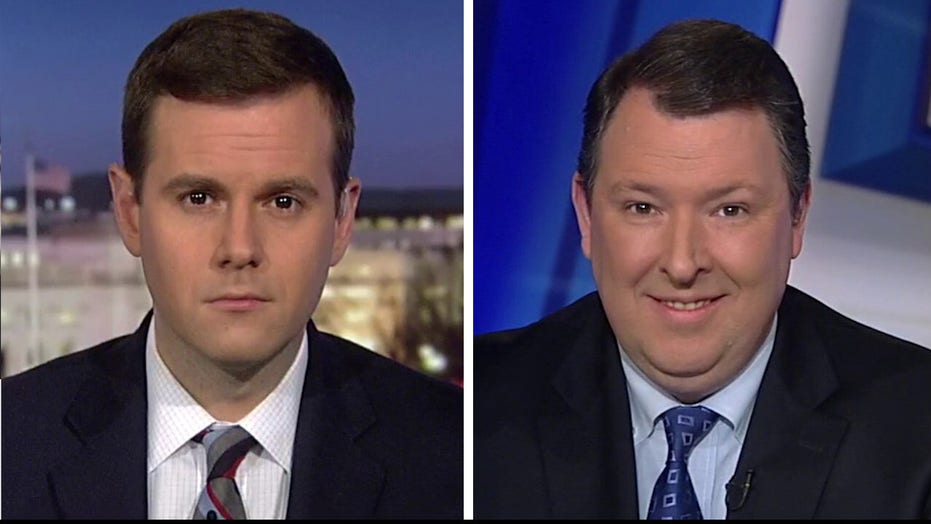 NCAA says March Madness basketball games will be off limits to most fans; reaction and analysis from the 'Special Report' All-Star panel.

The "Special Report" All-Star panel reacted Wednesday to the momentous news that the NCAA will hold its men's and women's basketball tournaments in nearly empty arenas due to coronavirus concerns.

"I think the NCAA tournament, especially that first weekend of March Madness, is such a cultural phenomenon in this country," Townhall.com political editor Guy Benson said. "And just imagining listening to the squeaking of the sneakers on the court reverberating around empty arenas, that does have, I think, have sort of a personal, visceral impact on a lot of people [who are] imagining what that looks like, what that sounds like and therefore what it means."

"So the disruption that we've known was coming and politicians and experts have been warning is coming -- this is something that I think hits home for a lot of people," the host of Fox News' Radio's "Guy Benson Show" added.

Baier told his panel members he thought many Americans were "not sure" what they would have to do in the short term to deal with the virus, which is why the announcement by the NCAA caught everyone's attention.

Amy Walter of the Cook Political Report talked about how the hits to the tourism industry and large events would impact "everybody."

"This is going to have a tremendously disruptive impact on the economy and on just the personal finances of regular people," Walter said.

"It's super important because when the country's panicking, we need to see common leadership coming from the White House and the president," Thiessen said. "These are huge, huge problems that are unraveling."