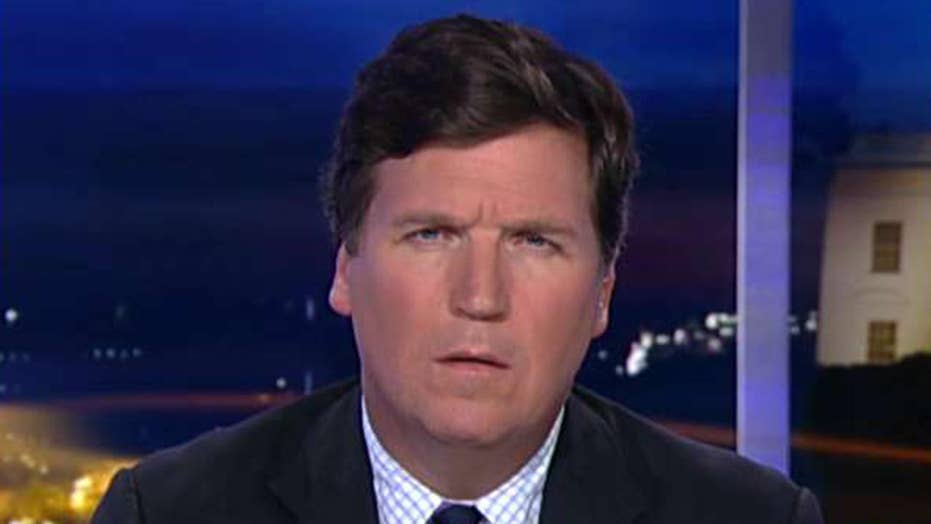 Tucker Carlson on impeachment and a 'sad day' for Democrats

You know the feeling you have after some momentous life-changing event? The birth of a child or a funeral or some unexpected medical diagnosis -- those are the moments that define your life, of course. And so, you wake up the next morning, and you realize... nothing will ever be the same.

TRUMP IS NOT ACTUALLY IMPEACHED YET, LAWYER WHO TESTIFIED FOR DEMOCRATS SAYS

Well, that was definitely not the feeling you had Thursday morning. They impeached the president Wednesday night, and if we’re being honest, it didn’t really make any difference.

Despite weeks of loud and urgent noises gleefully amplified by the mouth breathers on cable television, the votes last night came and went, and then -- drumroll please -- nothing changed.

We didn’t learn anything. Nobody grew. Democrats seemed almost theatrically insincere when they began this process some weeks ago.

And then by Wednesday, they were every bit as fraudulent.

Now, you can mock the mindless conformity of what you just saw. But honestly, you’ve got to admire the discipline that a moment like that must have required.

Don’t worry --  it was never about saving the republic or preserving the Constitution or any of that heavy stuff we told you before. Those long speeches about the framers? Just kidding, say Democrats.

These are people, by and large, with disorganized and chaotic personal lives. That’s why they're leftists in the first place -- because they’re deeply unhappy. They don’t make their beds. They hate their dads.

But when it comes to political talking points, suddenly they’re Germanic in their efficiency.

For a moment Wednesday night, though, the mask slipped. When the impeachment resolution finally passed, onlookers began to cheer. Pelosi had to remind them to shut up. "Yay!"  "Shhh ... Ixnay on the eering-chay."

The Washington Post had trouble with that message, too. They just couldn’t keep a straight face after Wednesday night’s vote went through. The newspaper’s "congressional reporting team" went out to dinner to celebrate what they called, "Merry Impeachmas."

That’s the one holiday they celebrate. The Post tweeted about it but later deleted the tweet. Apparently, it wasn’t solemn enough -- Pelosi’s orders.

By Thursday morning, though, the embargo on authentic emotion had finally ended. The mission had been accomplished, and Democrats were finally allowed to break character and be themselves, if only briefly.

And so, they were. Actually, they conceded impeachment was awesome. Pelosi herself set the new tone.

Pelosi: We’ve been hearing from people all over the country in the last -- since last night and this morning. Seems like people have a spring in their step.

Wow. So, that’s not what we were told. But, you know, things change. It turns out impeachment isn’t a "sad" event. It’s not solemn.

No. It’s a piñata party. It’s a cause for celebration. And by the way, don’t worry --  it was never about saving the republic or preserving the Constitution or any of that heavy stuff we told you before. Those long speeches about the framers? Just kidding, say Democrats.

Impeachment was never about removing the president.

No. It was always just a prank. It was the political equivalent of a flaming bag of dog bombs on the country’s front steps. “We made our point,” Democrats are saying. “We don’t need to continue.”

Seriously, that’s what they’re saying. That’s the new talking point. It’s hard to believe. But the tape doesn’t lie. Senior Democrats are now telling us they may not even pass articles of impeachment on to the Senate.

In fact, no less a figure than House Majority Whip Jim Clyburn is urging Democrats -- brace yourselves -- to let impeachment die.

John Berman, CNN anchor: Are you suggesting it’s possible you will never transmit the articles of impeachment?

House Majority Whip Jim Clyburn, D-S.C.: If it were me, yes, that’s what I’m saying. I have no idea what the speaker would do. But if you have a preordained outcome that’s negative to your actions, why walk into it? I’d much rather not take that chance.

Are you confused? Well, that’s only because you don’t think like a leftist.