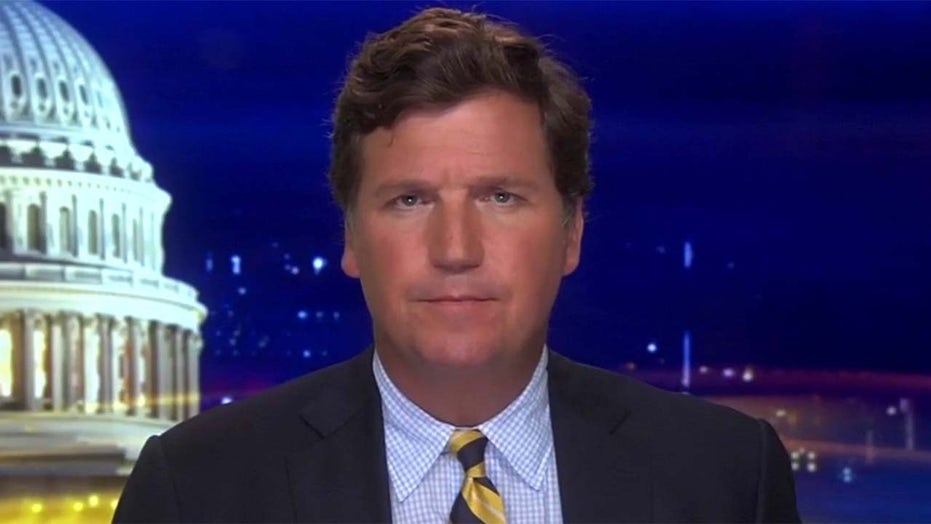 Tucker: America being sold to China

Outsourced manufacturing jobs, expensive housing, and the opioid crisis all because of China.

There are serious long-term problems facing America, as we've told you about for years on this show. Thanks to outsourcing, this country no longer has the same reserve of stable middle-class manufacturing jobs we did even 30 years ago.

In coastal cities, housing has become astronomically expensive. Prices are rising far quicker than wage growth. And most tragically, an opioid epidemic kills tens of thousands of Americans every year. One of the chief reasons for that is a synthetic opiate called fentanyl that is smuggled in from abroad.

Now, these might seem like unrelated problems, but they're not. A single theme unites them – a systematic decision by many of our country's most powerful leaders to sell out America to China.

Those jobs that were outsourced, they went to China. Those rising home prices, all-cash Chinese buyers are a major contributor to that, though it's almost never said out loud. Fentanyl – made in China with the knowledge and tacit approval of the Chinese Communist Party.

China is no longer simply an economic rival of the United States; it's becoming a dangerous enemy. But instead of protecting us from this threat, an existential one, our leadership class collaborates with the other side.

Why do they do that? Simple. They're getting rich from it. This only became clear to many people a few months ago when the most American of all sports, professional basketball – a game literally invented in a gym in Springfield, Mass. – ripped off the mask and showed the world who really controls the league.

NBA general manager Daryl Morey, you'll remember, wrote a tweet supporting pro-democracy protesters in Hong Kong, and in the resulting backlash, the NBA and Morey both apologized for daring to criticize China's fascist regime. And then LeBron James weighed in and explained to us that, actually, freedom of speech in America is vastly overrated.

LeBron James: So many people could have been harmed, not only financially. but physically, emotionally, spiritually.

So just be careful what we tweet and we say, and what we do, even though, yes, we do have freedom of speech. But there can be a lot of negative that comes with that, too.

Yeah. Just be careful with what you tweet or say because the Chinese are watching, and they pay the bills.

Steve Kerr, coach of the Golden State Warriors: It has not come up in terms of people asking me about it, people discussing it. No. Nor has our record of human rights abuses come up, either.

People in China didn't ask me about, you know, people owning AR-15s and mowing each other down in a mall.

Yeah, so America has school shootings. China is on its third or fourth genocide since World War II. You know, tomato-tom-ah-to. Six dozen to one. Whatever.

Yeah, saying something like that out loud should be shocking, but it's not really. It's a taste of just how completely the people in charge identify with China over this country.

In some cases, they've literally joined China's payroll. Former Illinois Sen. Mark Kirk, for example, is a registered foreign agent who lobbies for the China-U.S. Exchange Foundation. That's a Chinese organization with ties to the Communist Party. A former senator.

Former Sen. Joe Lieberman works for another Chinese company, ZTE. What's ZTE? Well, ZTE is so dangerous to American interests that last August President Trump signed a bill banning the federal government from using that company's equipment because it's too threatening. But Lieberman's lobbying for them.

Former Cong. Rick Boucher, meanwhile, has lobbied for a whole list of Chinese companies, including Hikvision, Huawei and the search engine Baidu. But China isn't content buying off our retired lawmakers. They're also targeting people who have jobs that matter right now. 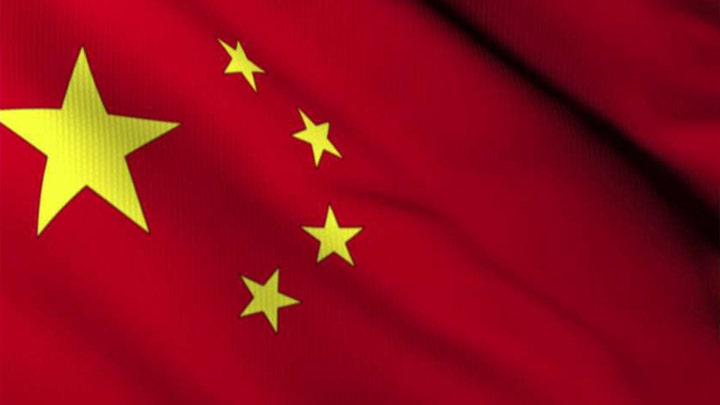 On Monday night, we told you about a man called Yu Meng. He is the chief investment officer at California's massive state-run pension fund called CalPERS. Meng, who was born in China and moved here at the age of 25, previously ran China's $3 trillion portfolios of foreign investments.

China is no longer simply an economic rival of the United States; it's becoming a dangerous enemy. But instead of protecting us from this threat, an existential one, our leadership class collaborates with the other side. Why do they do that? Simple. They're getting rich from it.

CalPERS has long engaged in shareholder activism to advance left-wing causes in this country, like gun control, and have been very aggressive about it. But now the fund also supports China's efforts to eclipse America.

CalPERS invests in companies that supply the Chinese military, literally. They're also invested in Hikvision, which makes the surveillance equipment that China uses to monitor ethnic minorities like the Uighurs. So they're actively abetting fascism.

There's nothing harmless about these investments. As Yu Meng himself once noted, "Of course, it empowers the Chinese regime to have the money flowing in." Of course, it does, but they did it anyway.

When Meng worked for a Chinese investment fund, he was recruited by the Thousand Talents Initiative – that's a Chinese program designed to encourage foreign businessmen, scientists and other experts to work on China's behalf, often secretly. The explicit goal is to obtain Western technology and research for China's own use so they can surpass us, which they are.

Last month, Harvard chemistry professor Charles Lieber, the head of the department, was arrested for hiding his work on behalf of China. In effect, Lieber was working as a spy. But his case isn't special. The entire sleazy academic world – and it's one of the sleaziest – is addicted to Chinese money.

Harvard and Yale both stand accused of hiding hundreds of millions in donations from payments from foreign countries. Needless to say, China is one of the top contributors. Recently, the Texas A&M University system tried to gauge how many of its faculty were getting Chinese money. More than a hundred of them had been recruited, it turns out, but only five had reported their work for a hostile foreign government. How many were indicted? Your guess? Oh, yeah – zero.

China didn't just one day magically overtake us. Our leaders made that possible. They abetted it. They profited from it. They betrayed us.

Now Chinese officials aren't paying these academics because they love scholarship. No. America's universities are key centers of scientific research and technical innovation. China would like to steal that information, and they are.

As of now, the FBI is investigating more than 1,000 cases in which they believe China has stolen research from American firms. If anything, our top colleges and universities are encouraging this to happen. And you can see it by the way they recruit.

Chinese grad students fill our research labs. This makes college administrators much richer, but it also allows the Chinese government easy access to critical information, some of it that directly bears on our national security.

American academics have made it clear whose side they're on. Last November, officials at the University of Missouri-Kansas City removed an artistic display supporting protesters in Hong Kong because Chinese students complained. According to The New Republic, Columbia University's global center in Beijing canceled talks because they might upset Chinese officials. They're squelching free speech at the direction of Communist China.

And that's common in the business world. Disney changed its Tibetan character in one of its movies into a European woman because acknowledging Tibet's existence would anger their masters in China. They should be ashamed.

GAP apologized for selling a t-shirt in Canada that didn't feature Taiwan as part of China. (By the way, it's not part of China. But China demanded that GAP pretend that it is, and they complied.)

We could go on. There are endless examples of this kind of thing. It's happening all around us.

So how about Michael Bloomberg? He's running for president. Maybe more than anyone in America, Bloomberg represents the beliefs and values of our current aristocracy, which is by far the worst in American history – the stupidest and the most greedy.

Not surprisingly, Bloomberg has both kowtowed to the Chinese and gotten rich from the Chinese. He's not embarrassed by it.

Michael Bloomberg, 2020 presidential candidate: The Communist Party wants to stay in power in China, and they listen to the public. When the public says I can't breathe the air – Xi Jinping is not a dictator – he has to satisfy his constituents, so he's not going to survive.

Margaret Hoover, host of PBS' "Firing Line": He is not a dictator?

Bloomberg: No, he has – he has a constituency to answer to.

But Bloomberg's personal admiration for the bloodthirsty fossil in charge of the world's largest communist country isn't the only reason he likes China. There's big money at stake, of course – that's always what it's about.

Bloomberg's company has enormous investments in the country and that has influenced how Bloomberg News reports on China. In 2013, for example, Bloomberg News was accused of killing stories that would have revealed corruption by family members of the Chinese dictator – and yes, he is a dictator.

Ben Richardson, Bloomberg Asia editor, later said he'd been told directly by leaders at his company that covering the Chinese Politburo was off-limits. That's like telling a Washington bureau chief you can't cover Congress because you might insult them. That's Michael Bloomberg's position.

Just on Tuesday, former Bloomberg reporter Leta Hong Fincher wrote in "The Intercept," about how Bloomberg's lawyers threatened to destroy her life if she wouldn't sign a nondisclosure agreement about the company's censorship practices. But don't take their word for it. 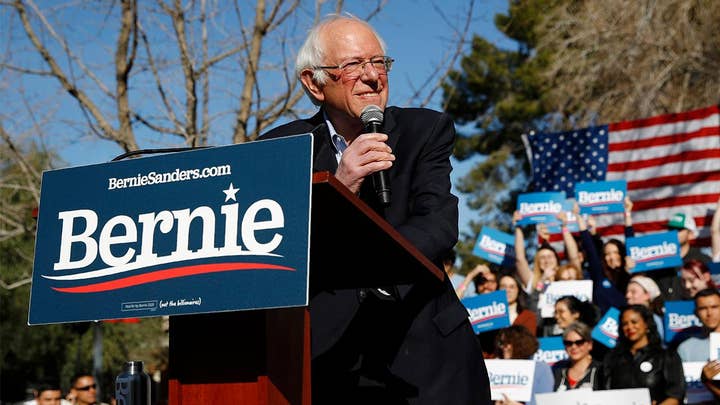 A few years ago, Bloomberg openly admitted that he let China censor his company's news. He actually said that on television.

Andrew Ross Sorkin, CNBC "Squawk Box" co-anchor: Over the past year, there's been questions about the journalism going on in China and whether the company in its effort to grow has muzzled.

Bloomberg: In China, they have rules about what you can publish. We follow those rules. If you don't follow rules, you're out of the country.

We write the stories that we think are interesting, and we distribute them where they are allowed to be distributed.

"Where they're allowed to be distributed."

The scariest part is that as China has grown more powerful, America has grown more dependent on it. Outsourcing our manufacturing power brought American companies big short-term profits. Head to Florida, and you'll see the houses they've built with those profits. But in the long run, that decision made this country dangerously dependent on a nation that seeks to displace us on the world stage.

Consider just one small sector of the American economy, medical supplies. China is now a top producer of antibiotics, surgical tools, prescription drug ingredients, facemasks, and many more essential products that you need to stay alive. Eighty percent of our antibiotics right now come from China. Hard to believe, but true.

The coronavirus panic alone was enough to cause shortages of some of these materials. What will happen if an even bigger crisis comes along, as it inevitably will? Or what if China simply cuts off exports as a show of force?

That could happen. Maybe they invade Taiwan and then cut off exports. How do we respond? We'd be helpless.

The saddest and most infuriating part is that none of this needed to happen in the first place. China didn't just one day magically overtake us. Our leaders made that possible. They abetted it. They profited from it. They betrayed us.