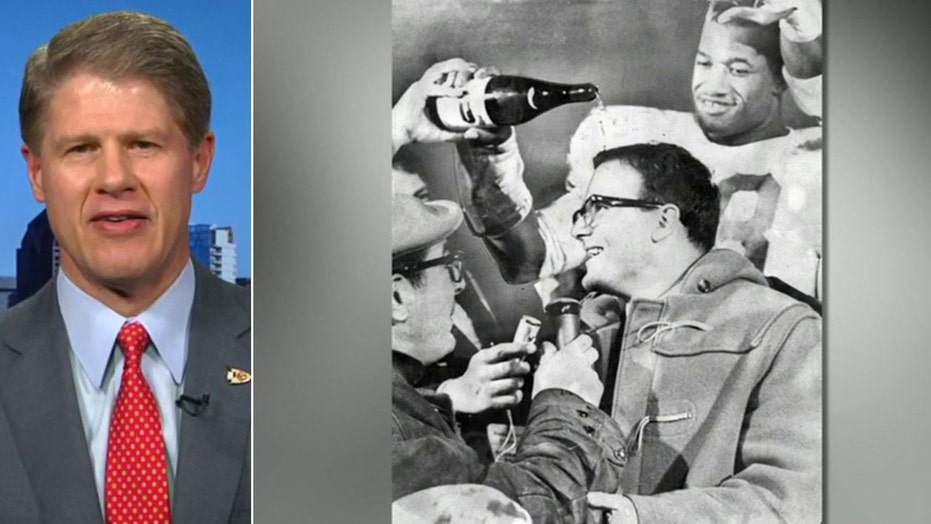 Clark Hunt, the chairman, CEO and co-owner of the Kansas City Chiefs, speaks out on 'Fox &amp; Friends' after the city's championship win.

Once upon a time, the vast majority of Americans were affiliated with a particular faith community or tradition: Catholic, Baptist, Methodist, Lutheran, Episcopalian, Presbyterian, or Jewish, for example.

In recent years, though, secularism has been growing and a new wave of either atheism or agnosticism is rolling across the country. It may be true that a degree of “unbelief” has always existed, but with rising rates of people unaffiliated with any church or faith at all, the likelihood of interacting and being influenced by a person who believes in a higher power is similarly depressed.

Which then begs the question – with fewer people pursuing meaning beyond the here and now, how are interested parents supposed to introduce and pass on faith to their children?

JIM DALY: SHOULD YOU PRAY FOR YOUR TEAM TO WIN?

Based on years of research and real-life experience, and from my perspective as an evangelical Christian, here are five things that work together to develop a child’s faith.

1. Be a parent who lives out what you believe.

It would be impossible to overstate the power and influence of example. If your kids don’t see you praying or being actively involved in church, why should they bother going to Sunday School or spend time reading their Bible?

Our kids need to see our faith woven into everyday life. For example, when you drive by a car accident, perhaps you could say, “Kids, let’s pray for them.” And then do it.

It’s a good idea to keep a prayer journal and write down what you’re praying about individually or as a family. You’ll be surprised how many of those prayers were answered.

Also, resist the urge to water down biblical doctrine to confirm with modern-day sensibilities. Pick a church that actually preaches in accordance to God’s word.

2. Introduce your kids to other adults who affirm what you believe.

It’s good for children to interact with other people outside the home who believe as passionately as you do. “Faith interactions” shouldn’t be limited to Sunday morning. Find relatives, coaches, scout leaders or other mentor types who you can trust and arrange for their paths to cross with your son or daughter.

Old King Solomon said it best: “He who walks with the wise grows wise.”

3. Let them see God at work in the world.

Research shows that children who see evidence of God at work in their lives are more likely to keep the faith as adults. Practically speaking, this means families can pray for things together and watch as God moves and answers those prayers.

It’s a good idea to keep a prayer journal and write down what you’re praying about individually or as a family. Then go back through the list after a period of time. You’ll be surprised how many of those prayers were answered.

4. Don’t shy away from allowing mild persecution of their faith.

Even at a young age, a person’s faith is strengthened when it’s tested. Prepare your kids to be teased for certain beliefs – like waiting to have sex before marriage or believing that abortion is immoral.

It’s good and helpful to be forced to think through what you believe. In fact, it often forces a child to ask tough questions and wrestle a bit with their faith – but that shows they care about their faith.

5. Love your children through good times and bad times.

Children need to know your love for them is unwavering. As it is, many youngsters equate earthly affection with heavenly love. If they know they can count on your unconditional devotion, they’ll be more likely to believe in the divine.

When these five conditions are present in a child’s life, even imperfectly, parents have an exponentially better chance that their kids will remain strong Christians and will continue their faith into adulthood.

As a friend of mine likes to say, keep in mind that our goal really isn’t just to raise good kids who love God – it’s to parent in a way that will increase the chances of our children growing up to be terrific adults with a rock-solid faith that will sustain them when the storms of life come.