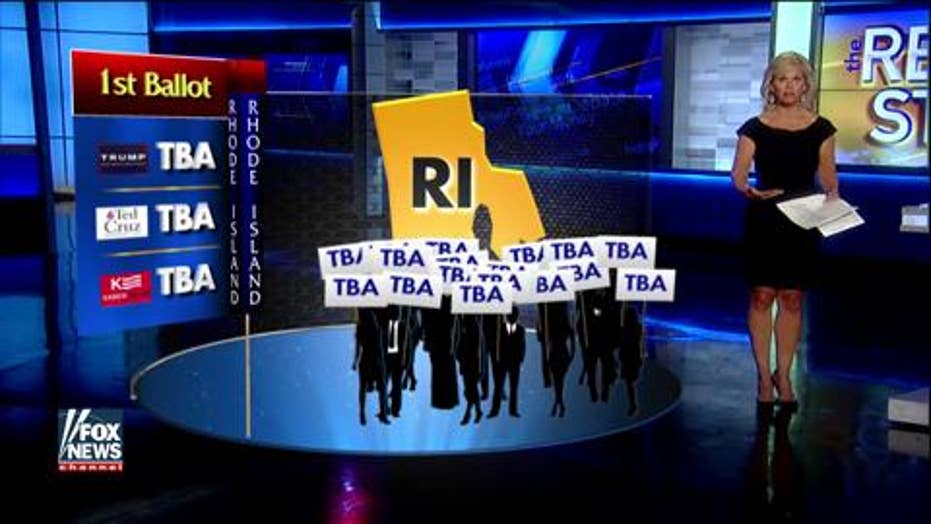 Two kinds of GOP delegates in play in the Northeast

With such a tight race, and five GOP primaries tomorrow, there’s a lot of focus on the complicated state rules. These rules determine who gets to be a delegate, and who they nominate at the national convention in July. However, here at “The Real Story”, we are trying to simplify it for you.

There are two kinds of delegates, bound and unbound.

Bound have to stick by their assigned candidate for a certain amount of time—determined by their state. Unbound can vote for whomever they want.

Pennsylvania has 71 delegates, and Ted Cruz is aiming to pick up as many as he can. The keystone states primary is a winner-take-all, but it only applies to 17 of the 71 delegates. Fifty four go to the convention unbound, and if no candidate is chosen on the first ballot, the entire 71-erson delegation becomes unbound.

In Rhode Island, 19 delegates are up for grabs. All of them bound on the first ballot at the convention, but winning them is complicated. For instance, 13 delegates are divided proportionally based on the state-wide vote. Any candidate who gets at least 10 percent is eligible to get delegates, but that leaves six more delegates, which is where it gets tricky. Rhode Island’s two congressional districts each have three delegates. Any candidate who wins at least 10 percent in a district is eligible for delegates. If three candidates hit that number, they each get one delegate. However, if the winner gets two-thirds of the votes, he’ll get at least two.

Once that’s all sorted out, the delegates are only bound for one round. So, if there’s a second ballot, they can vote for whomever they like.

Now to Maryland, where 38 delegates are on the line.

Donald Trump noting how important this winner-take-all state will be. All of those delegates bound when they get to the convention. The candidate who wins the state gets 14 of them, and whomever wins in each district gets all three of that district’s delegates. So, if they sweep the state, 38 delegates are all theirs.

These candidates are bound for two rounds, unless their candidate gets less than 35 percent on the first ballot. In that case, they’re unbound in time for the second ballot.