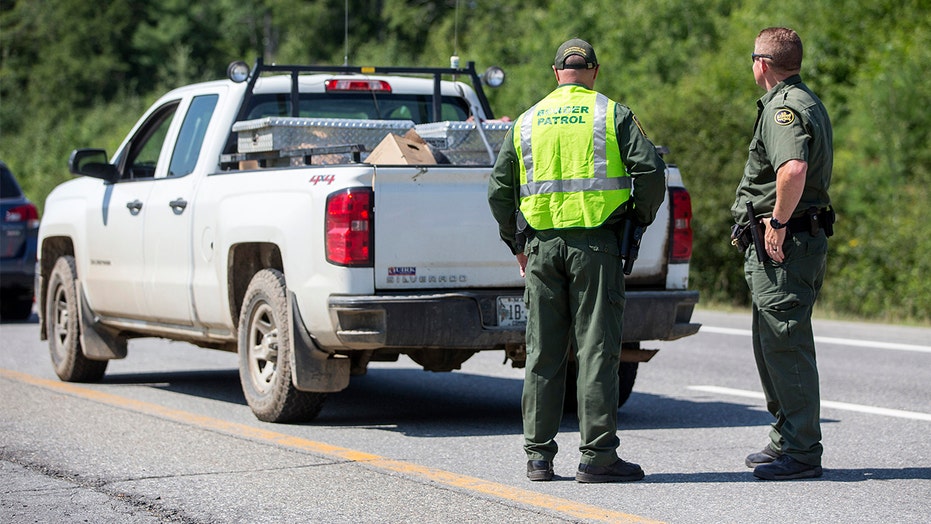 J.P. Kennedy, the U.S. Attorney for the Western district of New York, says not only is the state’s ‘Green Light Law’ a ‘bad law’ but it is also dangerous for the country.

A prominent U.S. attorney says New York state has placed the safety of United States citizens in jeopardy after the “Green Light Law” went into effect in December 2019.

The law gives undocumented immigrants New York state drivers licenses and permits and was designed to make the roads safer.

But the controversial legislation has recently garnered more attention since a new amendment, signed by Governor Andrew Cuomo, says state officials who share illegal immigrants' driver data with federal immigration enforcement agencies could be charged with a class-E felony.

“I think it's a terrible law and it basically legislates obstruction and legislates lawlessness,” J.P. Kennedy, U.S. Attorney for the Western District of New York, told Fox News. “It's a bad law. It's it makes no sense. It encourages sort of the divisiveness, even among law enforcement.

“Right now we're seeing in our country, unfortunately, sort of the effects of lawlessness and... the efforts by some to break down the rule of law,” Kennedy said. “And I think we need at this time to be vigilant in our efforts to uphold the rule of law.”

Every police department in New York state received a memorandum in conjunction with the “Green Light Law” that stated they could no longer share Department of Motor Vehicle records with Immigration and Customs Enforcement (ICE) or Customs and Border Protection (CBP).

“Generally, it's not within my belly to [speak out]... the state does what the state does.” Kennedy said, “But here, where it directly impacts the operations and my ability to enforce the law, it's time to speak up.”

Critics say the law is causing a gaping hole in the safety of the United States border. Many of the 17 counties that Kennedy represents border Canada, meaning local law enforcement agencies like the Niagara County Sheriff's Department that would typically share this type of information have not been able to.

“We have three international bridges in this county. So to work with our federal immigration partners is somewhat essential,” Acting Sheriff of Niagara County Michael Filicetti told Fox News. “Just buy the essence that we're on the federal border and there are thousands of people and vehicles coming across those bridges every day. The working relationship we have with Border Patrol and Customs, it is essential to keeping our county safe.”

Filicetti says he had no choice but to abide by the law because if he didn’t his department accesses access to the sate DMV records would have been revoked.

“Quite frankly, I can't have the deputies out on the road without that [access],” the 27-year veteran on the force said.

He also added that not having access to DMV records would “inhibit our ability to do our job.” His deputies protect almost 215,000 people in the most northwestern part of New York state.

Unlike larger cities, Filicetti’s deputies protect a 528-square-mile area in one-man cars. Without access to DMV records, they wouldn't be able to positively identify someone with a license or license plate. Deputies also wouldn’t have information on things such as height and eye color and they also would lose access to any amber alerts that would be released in the state. All that information is essential for an officer to know when they pull over citizens at traffic stops.

“The issue is obtaining the information that we need from the Department of Motor Vehicles because now they've blocked our access,” Thomas Decker, Field Office Director for ICE’s Enforcement and Removal Operations (ERO) in New York, told Fox News.

“Basically it directly impeded all our ability to obtain that information and it protects criminal aliens. So it kind of puts the safety of the citizens of New York and New York City at risk,” Decker said. “Without all that information, then what you're left [with] is doing investigations [that] are getting information from a secondary way.

“So the alternative is going to a last known address that you have, talking to neighbors, talking to relatives... before you had a targeted enforcement action and you had precise information, now we don't have that," he added.

In order for ICE to obtain any recent DMV information on a suspect, they now have to gain a court order to access any of that information, but that is only the beginning of their problems.

“And then [the DMV is] going to notify the subject that we're asking for that information. You know, what is the person going to do? They're gonna take off," Decker said.

Clerks at DMV offices now have to accept over 600 different types of documents from over 195 different countries that show the identity of undocumented immigrants.

“Document fraud is huge,” Decker said. “They easily just change their identity, get a different document, go to another DMV, [and] get a license under a different name. So I don't see how that's protecting the law-abiding citizens.”

The risk of people using fake documents to obtain a New York state license leads to additional problems in the Empire State--among them voter fraud.

The only thing you need to register to vote in the state is a driver's license.

John Conklin, a spokesperson for the New York State Board of Elections, told the New York Post when the law was first passed in June 2019, that “it’s ­basically an honor system.” If found guilty of illegally voting, undocumented immigrants could face up to a $5,000 fine. According to The New York Post, the state DMV provides voter registration applications to license holders but has no role in vetting applications.

Fox News reached out to State Senator Luis Sepúlveda, D-Bronx, who sponsored the bill and was at the forefront of its passing in the senate, but his office did not return multiple email requests for comment.

In a February press release, Governor Cuomo stood by the law, saying, “I want to make sure people who are on the roads are licensed. I don't want unlicensed people on our roads; it's a public safety issue, and that's what I'm concerned about. You can worry about your high-brow federal politics and policies, and your federal immigration laws. Let me keep people safe on our roads in the meantime, while you're making a debacle of the nation.”