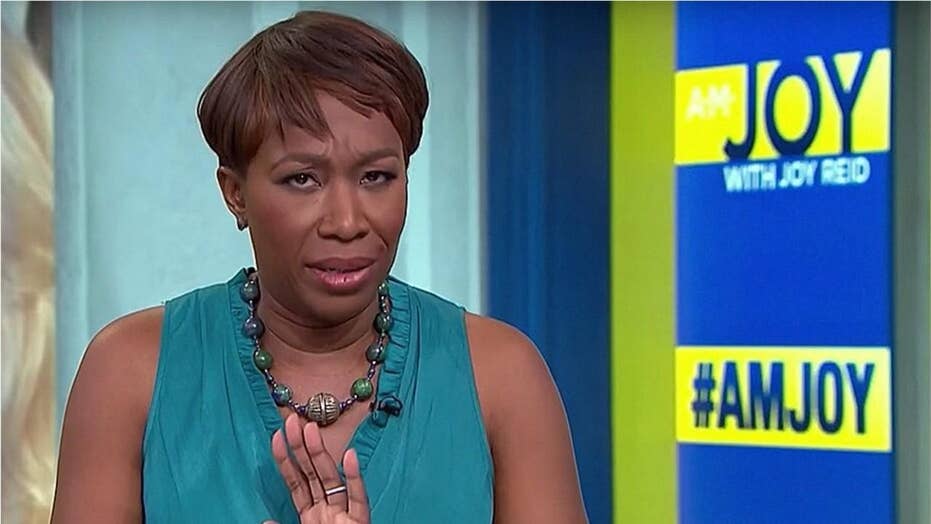 Guantanamo Bay has never been without its haters, but now MSNBC host Joy Reid is being accused of slandering former President George W. Bush for saying he starved Guantanamo Bay detainees during his administration. During a panel discussion on her show, Reid declared that, 'During the Bush era, we were torturing people... starving people in Guantanamo.' Critics are calling Reid's words, 'not just a lie - a scurrilous slander.'

President Trump ripped into one of his fiercest critics on Saturday, claiming she lacked the talent needed to succeed in media.

"Who the hell is Joy-Ann Reid?" Trump asked, referring to the MSNBC anchor and analyst. "Never met her, she knows ZERO about me, has NO talent, and truly doesn’t have the 'it' factor needed for success in showbiz."

He added that Reid had a "bad reputation" and joined a network of "losers making up phony stories about" him.

It's unclear what prompted Trump's attack on Reid, but the longtime MSNBC contributor frequently provides commentary, guest hosts on the network, and hosts her own show, "AM Joy," on weekends.

An ardent progressive voice on the network, Reid released a book in June that described Trump as "The Man Who Sold America."

Reid previously faced criticism as offensive posts surfaced from an old blog she maintained. Critics also took issue with her claim that those posts -- described as "homophobic" -- came from a third party that allegedly hacked her site.

The Daily Beast, which had suspended Reid as a contributor, conducted its own investigation and concluded that claims made by Reid’s cyber-security expert Jonathan Nichols that “screenshot manipulation” took place were false.

Critics have also pointed to the Internet archival service The Wayback Machine, which showed that the anti-gay articles were preserved at the time they were written and refuted the suggestion that hackers could have manipulated the archives.

Despite the controversy, Reid appeared to win support from many of her colleagues in the media. Trump's Saturday tweet prompted a wave of responses from Twitter users in defense of the host.

Actress Mia Farrow responded to Trump's tweet with a link to Reid's book. Former Rep. Joe Walsh, who's challenging Trump for the 2020 Republican nomination, criticized the president for attacking "a private citizen."

"Whereby the President of the United States once again personally attacks a private citizen. This time @JoyAnnReid. Trump will lose in 2020 because we can do much better than having such an unfit, thin-skinned, cruel, narcissistic bully in the White House," he tweeted.