How Trump reacted to FBI raid

Attorney for former President Donald Trump Alina Habba reveals how Trump responded to the FBI’s raid on his home in Mar-a-Lago on ‘Jesse Watters Primetime.’

Attorney for former President Donald Trump Alina Habba revealed Trump's reaction to the FBI's raid on his Mar-a-Lago estate Friday on "Jesse Watters Primetime," and it might not be the one Democrats anticipated.

ALINA HABBA: [Trump's reaction to the raid was] nothing. He's like, "Oh, it's a Monday, Alina. It's a Monday in Trump world." Honestly, nothing. He was confused as to why they were there. He had just seen them in June. They had said, "Everything's fine, but could you put another lock on it? We'll be good." You know what? In my opinion, the Jan. 6 ratings — the show of Jan. 6 — hasn't been going so well.

They needed a little drama, so they throw this out there. They go to the judge that had recused himself in my Hillary case a month ago. I would like to know why he recused himself in that case, but then he was able to sign this warrant. I want to know that. 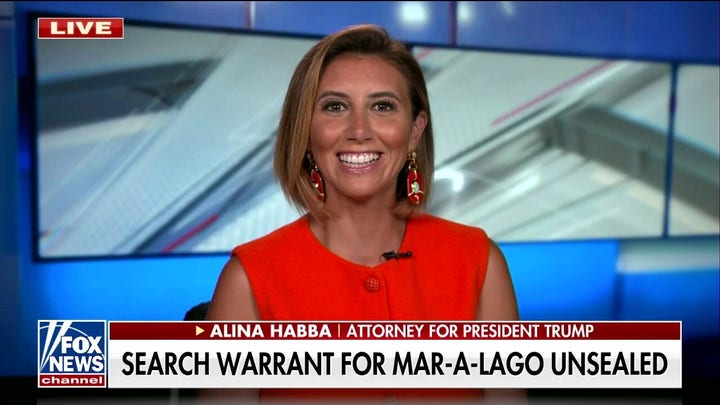