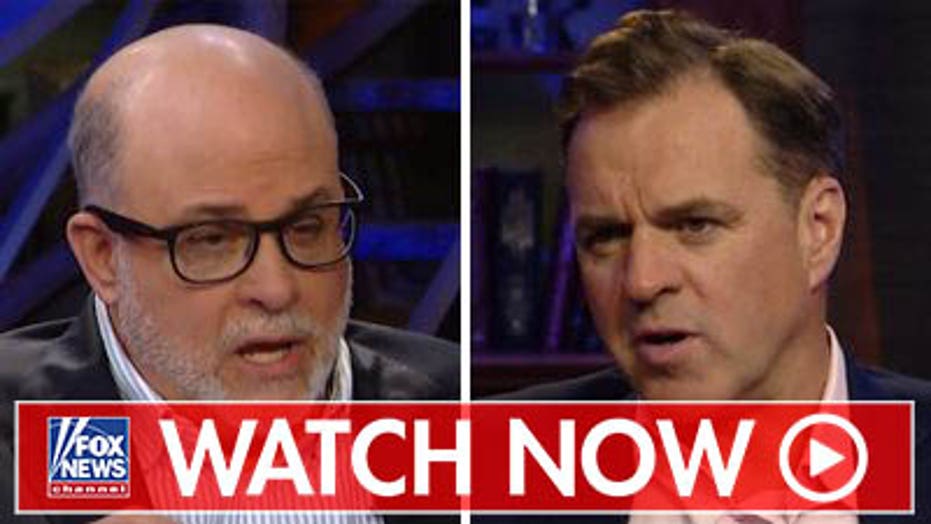 President Trump's tough stance against China and the Sino-American trade imbalance has alerted the American public to the fledgling stages of a second Cold War, according to historian Niall Ferguson.

In the half-century since former National Security Adviser Henry Kissinger opened relations with China through a visit with then-Premier Zhou Enlai, Beijing has stepped up its competition with the U.S., Ferguson claimed in an interview airing Sunday on "Life, Liberty & Levin."

"If you think back to the first Cold War, we went quite quickly from being the allies of the Soviet Union in World War II to being at odds with them within just a few years," Ferguson said.

"It was partly the classic territorial issues -- that the Soviet Union appeared to be expanding in all directions -- but it was also technological," Ferguson added. "The Soviet Union ... stole the atomic bomb design through its spy network, and in many ways, the Cold War was a kind of technological race. It produced the space race as well as the nuclear arms race.

"Fast forward to the late 20th century. For a time the United States and the People's Republic of China are strategically aligned."

"I'd argue that we've been in the early stages of Cold War II for a while," he said.

Ferguson claimed the rapprochement with China initially worked "brilliantly from an economic point of view in the sense that the rapid growth of China ... was very advantageous for all concerned."

"Only relatively recently, I think, has America begun to wonder if it has gone too far in encouraging China's growth," he told host Mark Levin.

"Because, suddenly China's not just the junior partner -- China is catching up and asserting itself, not only in terms of economics but it's expanding territorially, it's asserting itself in the South China Sea -- and above all else, it's competing technologically using intellectual property theft to accelerate its technological advance."

The Hoover Institution senior fellow added Trump, "woke America up" to that assertion.

"If you think back to when his campaign began, back in 2015, when he started talking about putting tariffs on Chinese imports, establishment America was outraged.

"Fast forward to 2019, and there's a bipartisan consensus -- which there isn't on many things --that China poses a fundamental threat not only to the country's economic future but it poses a strategic threat."

Trump has made China policy key to his reelection platform. The president recently blasted former Vice President and Democratic presidential frontrunner Joe Biden, claiming he would be softer than Trump on China if elected.

In June, Trump attacked the former U.S. Senator from Delaware as a "dummy" on the matter.

The president has also criticized the World Trade Organization, to which China was admitted in 2001.

"The WTO is BROKEN when the world’s RICHEST countries claim to be developing countries to avoid WTO rules and get special treatment," he tweeted Monday.