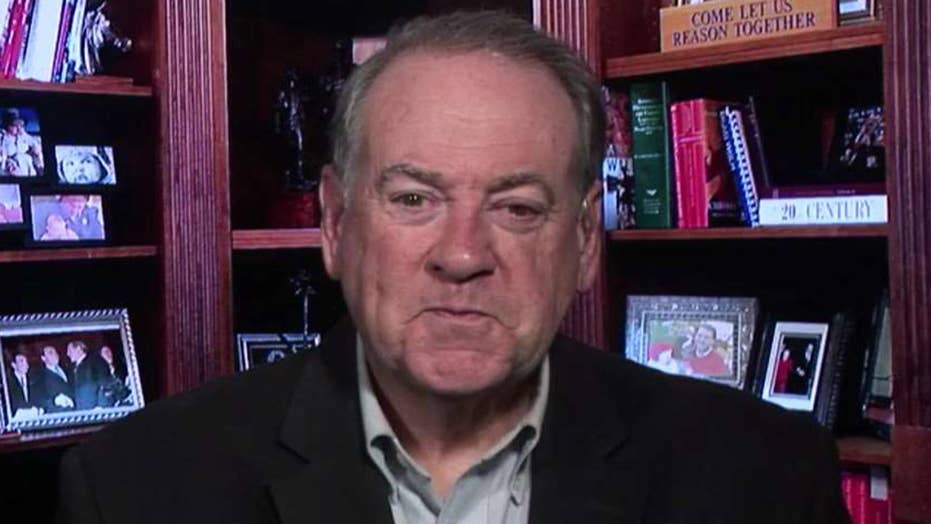 Huckabee to Democrats: Quit talking about impeachment and just go for it

Former Arkansas governor and Fox News contributor Mike Huckabee reacts to the talking points and performances from the Democrat primary debates in Michigan.

“You know this nonsense about the memo is what’s protecting the president, that’s crazy,” the former presidential candidate told "Fox & Friends," referring to Justice Department guidelines that prohibit the indictment of a sitting president.

Huckabee goes on to say, “What’s protecting the president is that he didn’t do anything worthy of impeachment and even the Mueller memo, I’ve read it, there’s nothing of an impeachable offense there. These guys are delusional and I don’t think America wants to go through an impeachment process.”

Mueller's performance at House hearings last week led to widespread criticism, including by Trump critics and Democrats, as he repeatedly declined to push back on GOP lawmakers' criticism and declined to provide the headline-making moments some were hoping for.

Huckabee said Democrats should "go for it" if they still believe they have evidence to back up impeachment, but called it a "distraction."

He explained that there are not enough votes in the House and Speaker Nancy Pelosi opposes impeachment proceedings.

"If by some miracle, you did [have the votes], where do you think this is going to go in the Senate? Down the tube and so will the Democratic hopes for not only winning the White House, but for retaining the House and getting the Senate," he said.

Responding to the Democratic presidential debates from the previous two nights, Huckabee said Marianne Williamson is the only candidate differentiating herself from the others, while Joe Biden continues to struggle.

"He doesn't seem to be at the top of his game, if he has a game," he said, arguing Sen. Kamala Harris was also unimpressive.