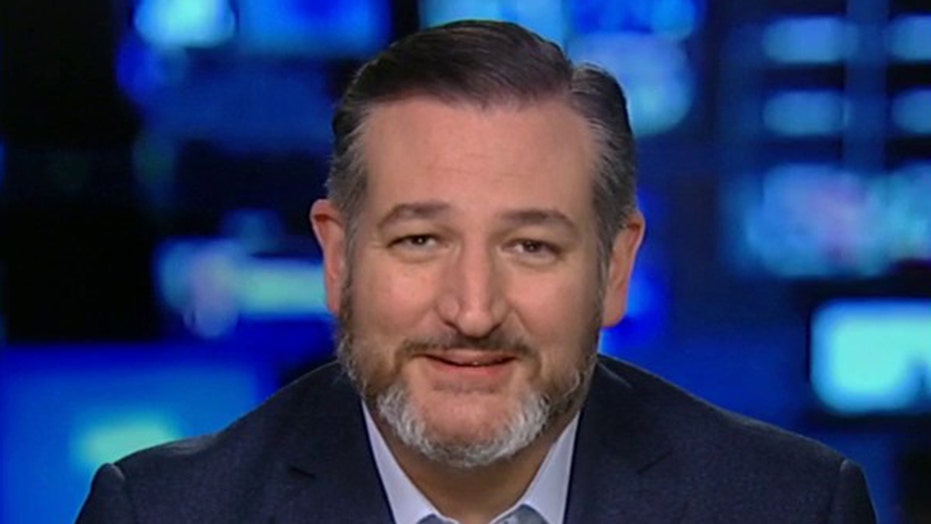 Sen. Ted Cruz, R-Texas, said Tuesday that many of the issues that Democrats seek to impeach President Trump on have been done "tenfold worse" by their own party's lawmakers.

Cruz, who was on "Hannity," said Democrats' claims of a "quid pro quo" involving Ukraine is a "red herring," because there is nothing illegal about a commander-in-chief making deals with foreign leaders.

"'Quid pro quo' doesn’t matter. It’s a red herring. It doesn’t matter if there was a quid pro quo or not. The reason is, a president is always justified and, in fact, has a responsibility to investigate credible evidence of corruption," he said. 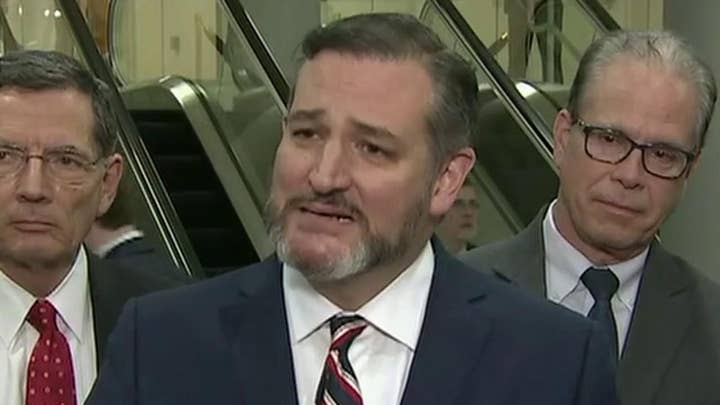 "The Democrats built their entire case on the proposition that it was baseless and a sham and phony to investigate corruption, to investigate Burisma and the Bidens."

Cruz said that Trump had more than enough evidence to call for an investigation of Hunter Biden.

"When [Joe's] son is getting paid a million bucks a year, when [Joe] is bragging about forcing Ukraine to fire the prosecutor, that stinks and at a minimum should be investigated. That in and of itself eliminates the Democrats' case," he said.

He said Democrats have claimed Trump wrongfully held up American aid to Ukraine -- though noted former President Obama did the same thing.

"If delaying aid to Ukraine is wrong, than Obama did it worse," he said. "You and I both know that Barack Obama refused to give lethal aid to Ukraine for his entire presidency. Donald Trump has given javelin missiles [and] antitank missiles."

"If the investigating a political rival is wrong, then let’s pause for a second because Obama investigated a political rival," he continued, adding that the 44th president also "unleashed" the FBI and Justice Department on his rival -- Trump.

"The Democrats, it’s worth asking them, 'what exactly are you saying the president did wrong and which part of it has your party not done tenfold worse?'."