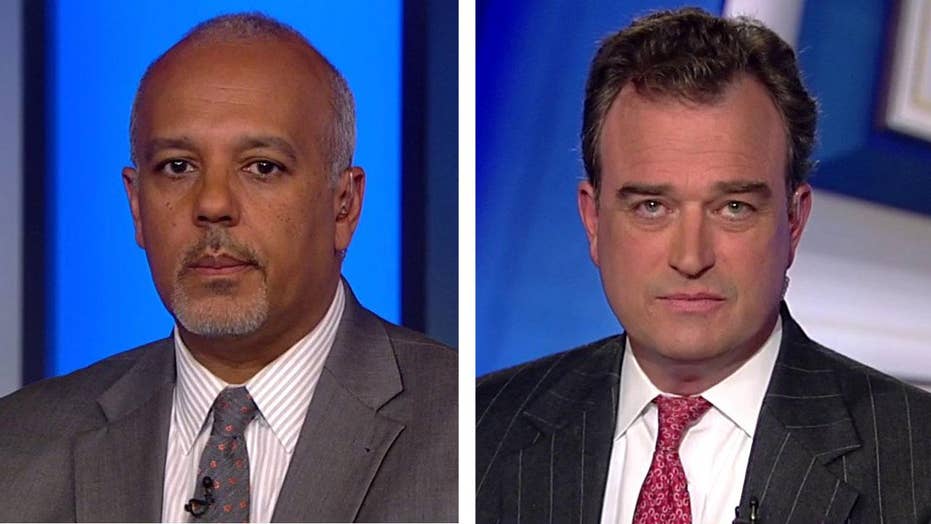 Sen. Ted Cruz, R-Texas, said Monday that "additional witnesses are not necessary" for the ongoing impeachment trial -- even in light of revelations from President Trump's former national security advisor John Bolton in a leaked manuscript of an upcoming book that claims Trump explicitly linked a hold on military aid for Ukraine to an investigation of Joe and Hunter Biden -- and instead insisted that the Senate call Hunter Biden to testify.

Cruz pivoted from the question of calling Bolton as a witness, despite Democratic lawmakers insisting that his testimony is key because of his firsthand knowledge of the July 25 phone call where Democrats purport Trump attempted to leverage military aid to Ukraine for an investigation on the Bidens.

"Look in my view, additional witnesses are not necessary," Cruz said. "The House managers have presented their case. They haven't come remotely close to meeting their burden of proof. Now that being said, if the Senate later this week when we vote, decides to go down that road to additional witnesses, I think at a minimum, the most important witness for the Senate to hear from, is now Hunter Biden." 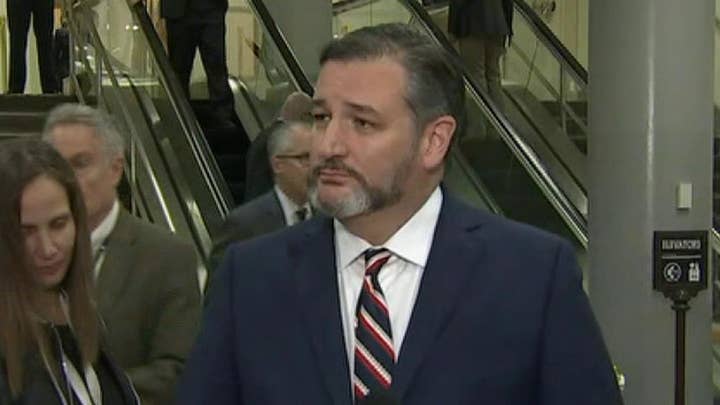 Trump and his Republican defenders have alluded to potential corruption stemming from Joe Biden's urging to fire a prosecutor looking into a Ukrainian energy company where his son Hunter was on the board -- allegations that the former vice president has denied.

BIDEN PUSHES FOR WITNESSES IN IMPEACHMENT TRIAL BUT SAYS OF HIS UKRAINE ROLE, 'WHAT IS THERE TO DEFEND?'

"In the entire proceeding, we have heard just the beginning of the serious evidence of corruption involving Burisma, the Ukrainian natural gas company that paid Hunter Biden, Joe Biden's son, a million dollars a year," Cruz said.

The Republican lawmaker accused Joe Biden of "bragging" that he would cut off a billion dollars of foreign aid to Ukraine unless the prosecutor, Viktor Shokin, was fired.

Biden and former Obama administration officials have defended Shokin's removal from office, alleging that he was a corrupt prosecutor who needed to be nixed.

Cruz added that he believes the "president was entirely justified in asking for an investigation concerning Ukraine and potentially Hunter Biden and Joe Biden."

As Trump's defense during the trial unfolded, it seemed like the president was heading for an acquittal by the GOP-led Senate, of the two charges brought against him-- abuse of power and obstruction of Congress.

But since the Bolton bombshell dropped late Sunday, followed by a second leak reported by the New York Times late Monday alleging Bolton told Attorney General William Barr last year he was concerned that Trump was granting personal favors to Turkey and China, the debate on whether to call White House officials to testify has been reignited.

"I get that the press loves to obsess over the latest bombshell," Cruz said, brushing the leaked Bolton information aside. "Listen, I don't know what John Bolton's book says or doesn't say. I've seen the New York Times coverage but at the end of the day, it doesn't impact the legal issue before this Senate. The legal issue before this Senate is whether a president has the authority to investigate corruption. So the House managers built their entire case on the proposition that investigating Burisma corruption, investigating the Bidens for corruption, was baseless and a sham. The proposition is absurd."