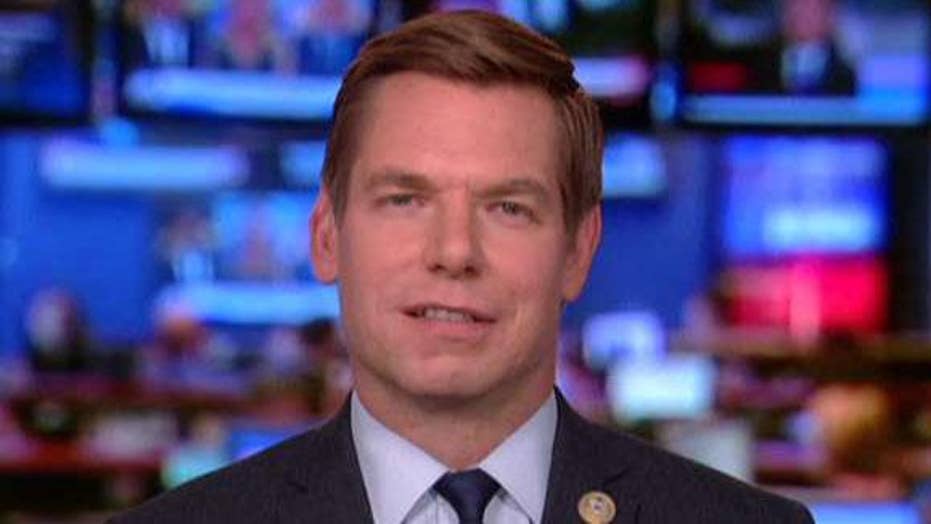 "Why are we doing this part behind closed doors? It's because this is a tight circle of people who saw the president's shakedown scheme," Swalwell said on "The Story with Martha MacCallum". "[What] we don't want with this, is sharing with each other what they heard or what they did."

Biggs, who slammed the hearings in the impeachment inquiry as “Soviet-style proceedings,” brought his resolution to the floor after receiving the support of 135 Republican lawmakers in the lower chamber of Congress. 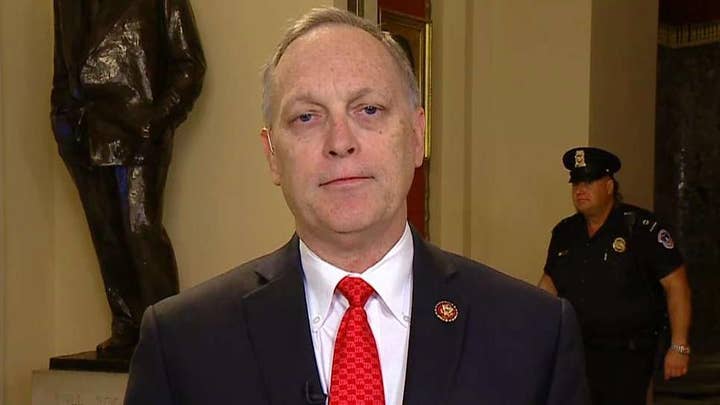 Swalwell dismissed Biggs' complaint: "They sat in the interview with me. They heard the witness first-hand. The transcript is being reviewed by the witness right now.

"And then it goes back to them, again, when you're attacking the process and you can't defend what the president said, I think it's pretty obvious that you're ashamed of what he did."

Swalwell also said the president committed a "crime," prompting MacCallum to press him on the fairness of the process.

"But nothing that Ambassador [Kurt] Volker said contradicted what President Trump said," Swalwell said. "We have a crime, extortion."

"You've already decided that there is a crime?" MacCallum asked.

"A crime was committed. We're now looking at the suspect, the president, who confessed to the crime by the way," Swalwell responded before adding the president is "entitled to a fair process."