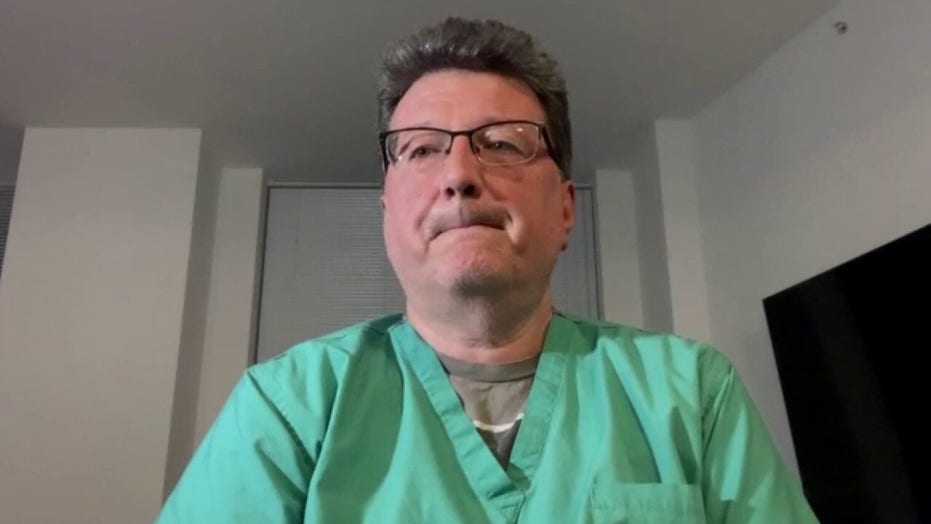 Dr. Sotirios Kassapidis, a New York City critical care physician, joined "Tucker Carlson Tonight" and painted a bleak picture of the battle against the coronavirus outbreak in the city's hosptials.

"The system has bent, but we're surviving. The patients keep coming in in waves ... I compare it to the big, the blitzkrieg," Kassapidis said. "You get that little calm and then the other wave comes in. We have a lot of people on ventilators."

"The majority of the hospital [I work at] was COVID-positive.Very few people who do not have the virus," Kassapidis added. "And unfortunately, those people are sick, too. And you don't want anybody falling through the cracks."

Carlson asked Kassapidis about ventilators and their importance in the battle against the coronavirus.

Kassapidis said that a "majority" of those who get moved to ventilators and continue to decompensate "don't survive."

"We've had a couple of successes where we've been able to exorbate patients and they've improved, but for the majority of the part we're losing a lot of our patients," Kassapidis said.

Carlson asked about the demographics of those who die from the disease.

"So we get patients from every walk of life, every age," Kassapidis added. "The higher their co-morbidities are, the higher their risk of mortality."

The doctor told Carlson he's more concerned for the health of his daughter and wife, both New York City doctors and that he's been "lucky" so far.

"So far I've been lucky," Kassapidis said. "Theoretically, if there's anybody who should have been positive by now, it should've been me."