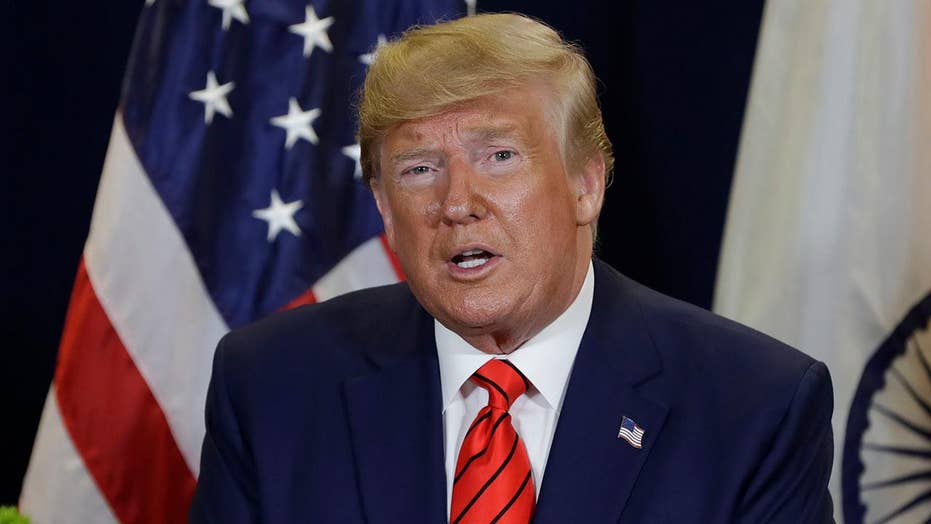 Trump tweets that the American people will see it was a 'very friendly and totally appropriate call' with 'no quid pro quo!'

MSNBC host Chris Hayes isn’t sure Americans can trust the transcript of President Trump’s controversial call with Ukrainian President Volodymyr Zelensky, so he turned to Twitter to smear it in advance.

Trump announced on Tuesday that he would release the full transcript of the call, in which they reportedly discussed an investigation involving 2020 Democratic hopeful Joe Biden's kin. But the liberal pundit pre-emptively raised doubts about the transcript's veracity, because of how the president “pressures and manipulates” his staff.

“Given what we know about how Trump pressures and manipulates civil servants to toe his line, I'm not *quite* sure we can trust the transcript itself as being accurate/comprehensive,” Hayes tweeted on Tuesday.

NewsBusters managing editor Curtis Houck told Fox News he isn’t surprised that an anti-Trump cable news host would attempt to discredit the transcript in advance -- just in case it turns out to help the president fend off a whistleblower's allegations.

“One of the most time-honored traditions in the liberal media is the moving of the goalposts when their adversaries and/or enemies do the very thing they've been asking for. Now that the president is going to be releasing the ‘complete, fully declassified and unredacted transcript of his phone call, the stampede of excuses were petty and sad but, again, predictable,” Houck told Fox News.

“One of the most time-honored traditions in the liberal media is the moving of the goalposts when their adversaries and/or enemies do the very thing they've been asking for."

MSNBC’s Chris Hayes is concerned that President Trump will release an inaccurate transcript.

Earlier on Tuesday Trump announced that a transcript of his July phone call would be made public on Wednesday.

"I am currently at the United Nations representing our Country, but have authorized the release tomorrow of the complete, fully declassified and unredacted transcript of my phone conversation with President Zelensky of Ukraine," Trump wrote. "You will see it was a very friendly and totally appropriate call. No pressure and, unlike Joe Biden and his son, NO quid pro quo! This is nothing more than a continuation of the Greatest and most Destructive Witch Hunt of all time!"

Trump added: "The Democrats are so focused on hurting the Republican Party and the President that they are unable to get anything done because of it, including legislation on gun safety, lowering of prescription drug prices, infrastructure, etc. So bad for our Country!"