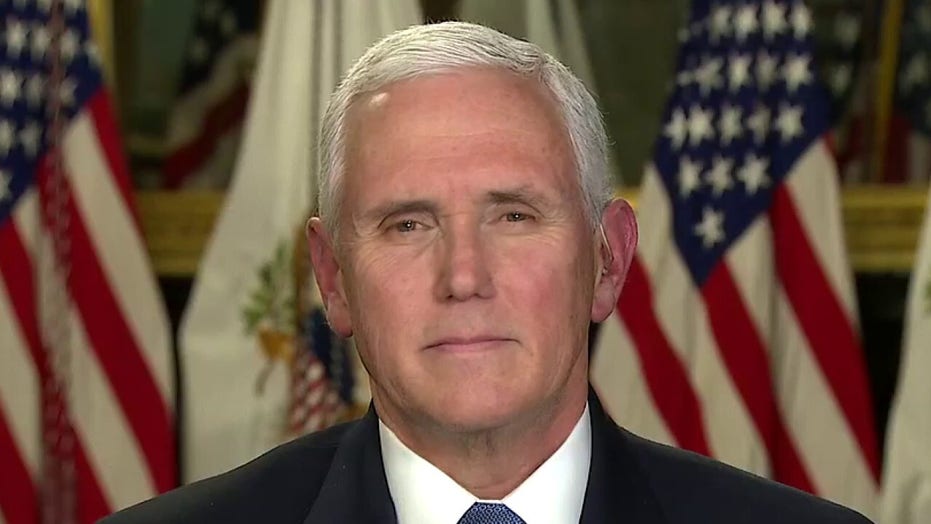 WHAT'S IN THE CORONAVIRUS BILL BEFORE CONGRESS?

When Hannity asked Pence about drive-thru testing, the VP said the process was ramping up.

"What's happening is that as of last week, ten states around the country had initiated drive-thru testing centers. But Sean, they were using the old manual testing methods in labs, which could only test about 40 to 60 people a week," Pence said. "Because President Trump two weeks ago brought together the top commercial labs in the country and because the FDA moved in record time, now we have what are called high-throughput tests, automated tests that can literally test thousands of people a day for the coronavirus."

"We're going to be supporting state efforts. We're going to be working with them to make sure that those great retailers, which are CVS and Target and Walgreens and WalMart that are opening their parking lots for drive-thru centers are included," Pence added. "But the American people can be confident that now that we have the commercial labs around the country with those high-speed automated tests, you're literally going to see tens of thousands of tests in the days and weeks ahead for the American people."

Pence also said Trump had "convened" the nation's top industrial suppliers, including Home Depot and Amazon, and directed them to ensure critical medical supplies are being focused exclusively on the needs of our health care industry, saying "our priority is people that that have contracted the coronavirus."

Hannity then asked Pence about the amount spent to continue to keep the economy afloat, in response to which the vice president assured the host that the administration was "going to do whatever it takes" to get the economy back on track.

"Any hourly worker in this country who feels like they may have contracted the coronavirus should stay home and they shouldn't worry about missing a paycheck," Pence said. "We're working with Congress to ensure that paid leave is available for hardworking Americans. But making sure that this economy gets back on its feet, [and] that Americans are able to weather this time as is also a priority for President Trump."

Pence also said both parties on Capitol Hill are working on legislation "that will bring paid family leave and cover the cost of a coronavirus test for every American, whether they have insurance or not."