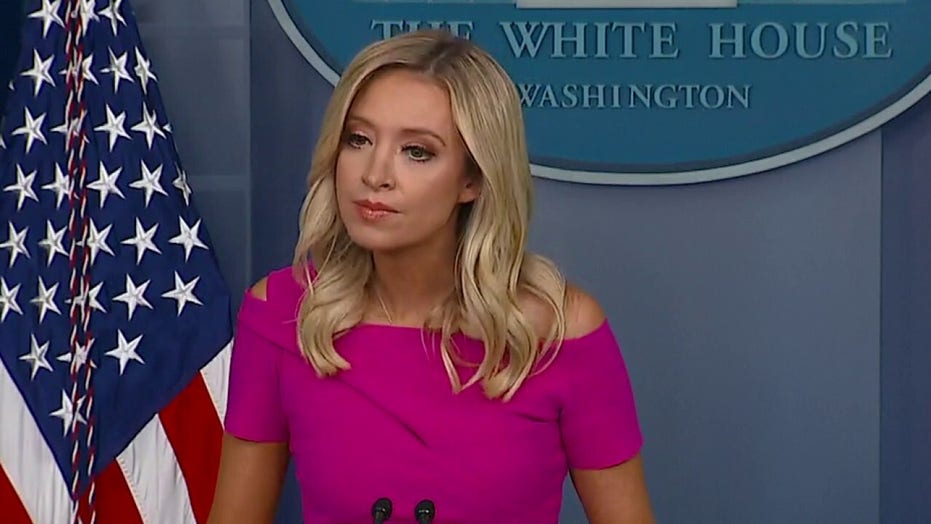 White House press secretary Kayleigh McEnany sparred with reporters on Monday over President Trump’s use of the term “Kung Flu” when referring to the coronavirus, declaring that the moniker was meant to link COVID-19 to its place of origin.

Trump referred to COVID-19 as “Kung Flu” on Saturday night during his campaign rally in Tulsa, Okla. McEnany was asked about the phrase multiple times during the briefing.

CBS reporter Weijia Jiang first brought up the topic asking why the president uses “racist” terms such as “Kung Flu.”

Jiang pushed back, repeating she feels the phrase is “racist,” but McEnany again responded that Trump is simply “linking it to its place of origin” and dismissed concerns that the phrase will lead to discrimination against Asian Americans.

“The president has said very clearly, 'It’s important that we totally protect our Asian community in the U.S. and all around the world. They’re amazing people and the spreading of the virus is not their fault in any way, shape or form,'” McEnany said.

McEnany then said the mainstream media condemned Trump for calling COVID-19 the “Wuhan Virus” and “Chinese Virus” despite the press using those terms themselves.

“It’s a separate category, Kayleigh. ’Kung Flu’ is extremely offensive to many people in the Asian American community,” Jiang said.

“To be clear, I think the media is trying to play games with the terminology of this virus… the focus should be on the fact that China let this out of their country,” McEnany said, noting CNN called it the “Wuhan Virus” in January.

CNN’s Kaitlan Collins then chimed in, noting that the “media has never called it the ‘Kung Flu.’”

“The media, and your network specifically, have repeatedly used the term ‘China Virus’ and ‘Wuhan Virus,’ and then gone on to deride the president,” McEnany said.

Collins repeated that the media hasn’t used the term “Kung Flu,” but McEnany attempted to move on to the next reporter.

McEnany then answered questions on a variety of other topics but reporters continued asking about the “Kung Flu” and she continued responding by noting that coronavirus originated in China.