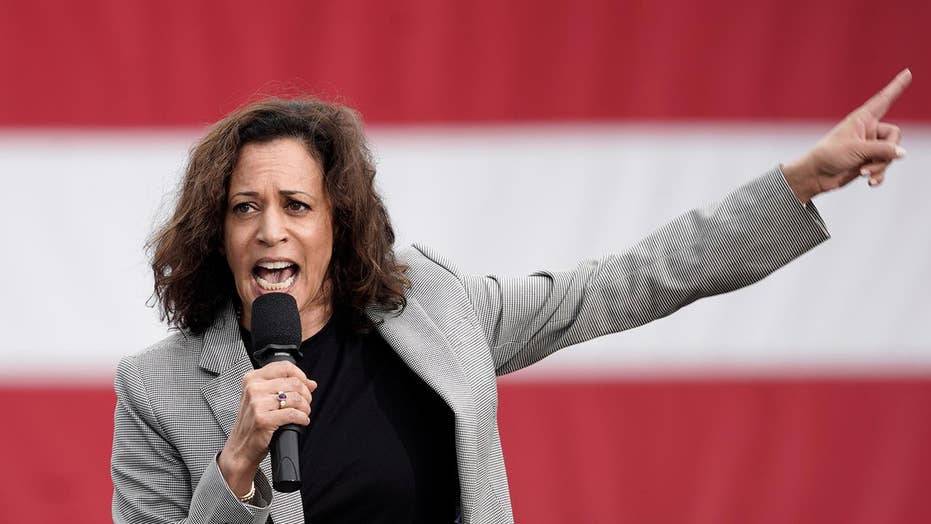 Presidential hopeful Pete Buttigieg should not have tried to compare minorities' struggle against racial discrimination to the roadblocks faced by the LGBTQ community, Sen. Kamala Harris, D-Calif., said Tuesday.

Harris appeared on MSNBC's "Andrea Mitchell Reports" and said Buttigieg should have known better than to try and compare the struggles of two historically marginalized groups during Wednesday's Democratic debate in Atlanta. She also said the South Bend, Ind. mayor should focus more on building a coalition around the advancement of civil rights for all.

"Well, I wouldn’t say I’m going after him [Buttigieg]," she said. "For those of us who have been active in the civil rights community for a long time, it’s just really well-known that we don’t compare struggles ... it’s not productive."

Harris said the victimization aspect would work against both groups and distract from their ultimate goal of achieving equality, across the board.

"It works against what has always been the strength of the civil rights movement," she continued. "And that is the coalition building. That is the work that we do, recognizing the history and the struggle that each has.

"Not comparing them, but knowing that when we are unified around those things that we share in common, we are strong as a movement and that no one should be made to fight alone.”

Buttigieg said during the debate that he doesn't know what it's like to be discriminated against because of the color of his skin but claimed that he's been made to feel marginalized by other Americans.

Buttigieg also addressed the issue following the debate on Thursday and said he wasn't trying to compare political struggles.

"Well, first of all, there is no equating those two experiences and some people, by the way, live at the intersection of those experiences," he said. "What I do think is important is for each of us to reveal who we are and what motivates us. And it's important for voters to understand what makes me tick, what moves me, and my sources of motivation ensuring that I stand up for others. And last night, I shared some of my... personal experience, my governing experience, and my personal faith."