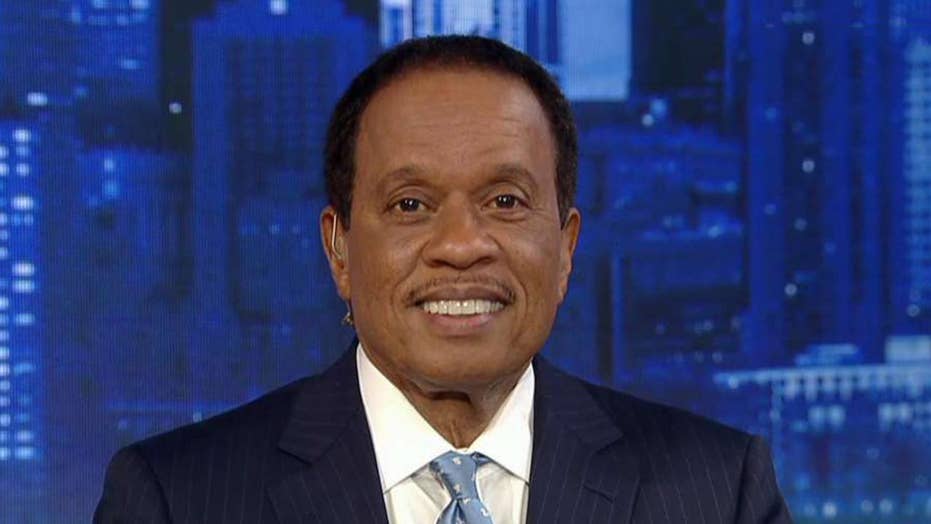 "The Five" co-host Juan Williams weighed in Wednesday on Sen. Kamala Harris, D-Calif., dropping out of the Democratic presidential race, saying she failed to define why voters should have supported her and criticizing pundits and candidates who blamed racism or sexism for her campaign's failure.

"If you're saying, 'oh, it seems to me that there's bias at play,' wouldn't you think, 'Oh, there's a tremendous well of support coming from blacks, Latinos, women?'" Williams asked on "The Story with Martha MacCallum." "No, it wasn't there for Kamala Harris. I think she didn't run a very good campaign. She didn't prove to define her lane, if you will, Martha, in a way that said to people, 'This is why I should be your president.'"

After Harris suspended her campaign Tuesday, some members of the media blamed her exit on racial and gender bias. Harris herself questioned whether or not America was "ready" to elect an African-American woman as president during a late October interview on "Axios on HBO."

"It's a damn shame now that the only African-American woman in this race who has been speaking to issues that need to be brought up is now no longer in it," Booker said on MSNBC Tuesday night.

"The way that the media treated Senator Harris in this campaign has been something else," Castro said in a Twitter video. "And I think [the way it] held her to a different standard, a double standard, has been grossly unfair and unfortunate."

Castro and Booker have yet to qualify for the next debate later this month and continue to poll in the low single digits.

Williams called the candidate's comments a "little whiny," adding "it looks to me like Democratic Party voters... are more invested in beating Donald Trump than they are in the race of the candidate."