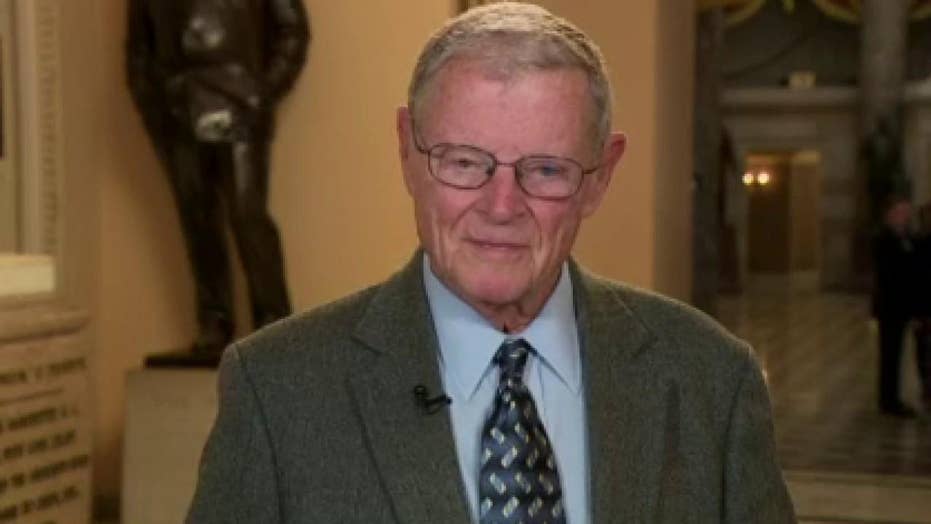 Republican Oklahoma Sen. Jim Inhofe weighs in on the impeachment trial as President Trump’s counsel begin their argument at the hearing.

Senate Democrats and House managers in the impeachment trial against President Trump want to drag out proceedings as long as they can prior to the November election, Republican Sen. Jim Inhofe from Oklahoma said Saturday.

Appearing on "Fox & Friends: Weekend" with hosts Griff Jenkins, Pete Hegseth and Lisa Boothe, Inhofe said that the "whole purpose of this is" trying to "beat up" the president as opposed to "doing the things we need to be doing."

"I was sitting there, listening," he told the "Friends: Weekend" hosts. "We heard the same thing over... Every nasty word they could say about the president, they did. And yet... they're trying to get more witnesses in all this. They just want to drag this thing out."

"Here we have a president that's given us the best economy of my life and rebuilding the military that was destroyed... I mean, he's doing great things. And yet, they want to be talking about impeachment between now and November," he remarked. "We're not going to let them do that."

Saturday was the first chance Trump’s lawyers had to refute the House’s case. In a two-hour preview of their legal argument, White House counsel Pat Cipollone said Democrats have no case and are doing damage to democracy by trying to undermine the will of American voters. 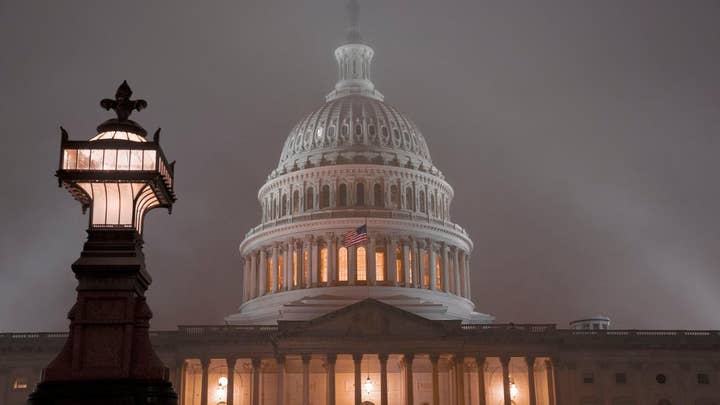 Conversely, the Democrats have argued that Trump’s high crimes and misdemeanors are such an offense to the Constitution and a threat to the fairness of the 2020 election that senators must remove him from office immediately, rather than wait for voters to decide at the ballot box in November.

Cipollone and his team will have three days and up to 24 hours to launch their defense -- the same amount of time as House managers.

With little hope of winning a conviction in the GOP-controlled Senate, Democrats have turned their attention to forcing a vote on calling additional witnesses and obtaining White House documents, which would take the support of just 51 senators -- or four GOP defections. 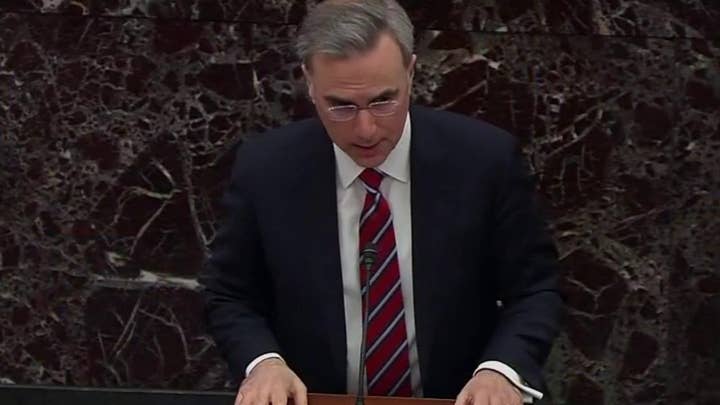 Inhofe said he would imagine that the House managers, led by Rep. Adam Schiff, D-Calif., will try to get that vote when the trial resumes on Monday.

"I think that Schiff is going to try to use that... because he had the opportunity to have all the witnesses they wanted to. They could have continued with their survey in the very beginning that set this thing up and they elected not to do it," he said.

"Monday and Tuesday will be major days," the Oklahoma Senator said. "Now, keep in mind, right after that we'll have a chance to... clarify anything or ask questions. But, no I think that... I don't think you need all that time and the reason you have so many pages of information, of stuff that they came up with over the last four days on Schiff's group, is that they don't have a case."

"This guy's doing a good job and you know... they hate the guy," he said of how Democrats feel about the president. "But, nonetheless, we're going to win -- they're going to lose."

Inhofe told Hegseth, Jenkins and Boothe that he believes the trial could wrap up within the next week.