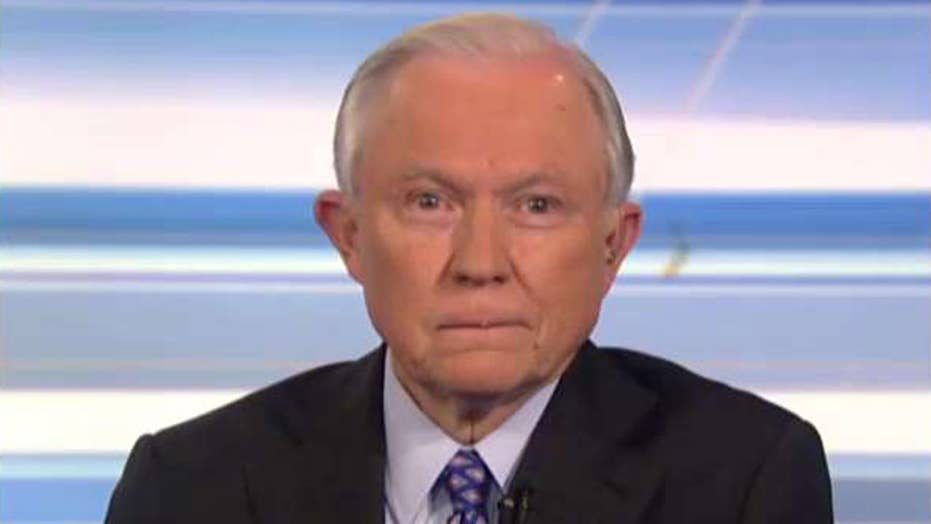 Sessions on impeachment hearings: It's a show trial

Former Attorney General Jeff Sessions made the case Wednesday for President Trump to support his second run to represent Alabama in the Senate, saying that if he's elected he would support the president aggressively.

WATCH: SCHIFF CUTS OFF GOP CONGRESSWOMAN WHO BRINGS UP HIS 'PARODY' CALL

Sessions told Ingraham he will "work for" Trump's endorsement and that "we'll be seeking it."

Ingraham asked Sessions if was "glad" he left the Senate for the Trump administration prompting the former A.G. to say he doesn't "look back on those kinds of matters."

"I made the decision I thought was right at the time," Sessions said before touting the administration's accomplishments.

Sessions also commented on Wednesday's public hearings, calling it a "show trial" and warning Democratic members of Congress about the impeachment inquiry's consequences.

"I would just urge... Democratic members of Congress to think deeply about the future of this country, the danger to this republic that would occur if we continue to prosecute people, basically because we don't like them or we have a political disagreement," Sessions said. 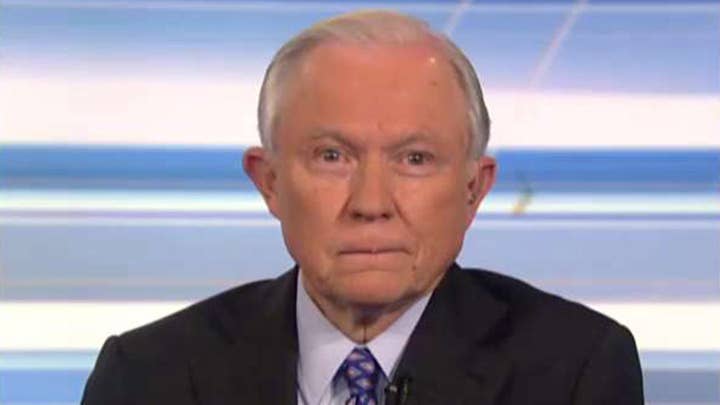 Ingraham asked Sessions if he had any advice for the Republican Party to help the president push his agenda.  Sessions advised the president's supporters to take his "case to the people."