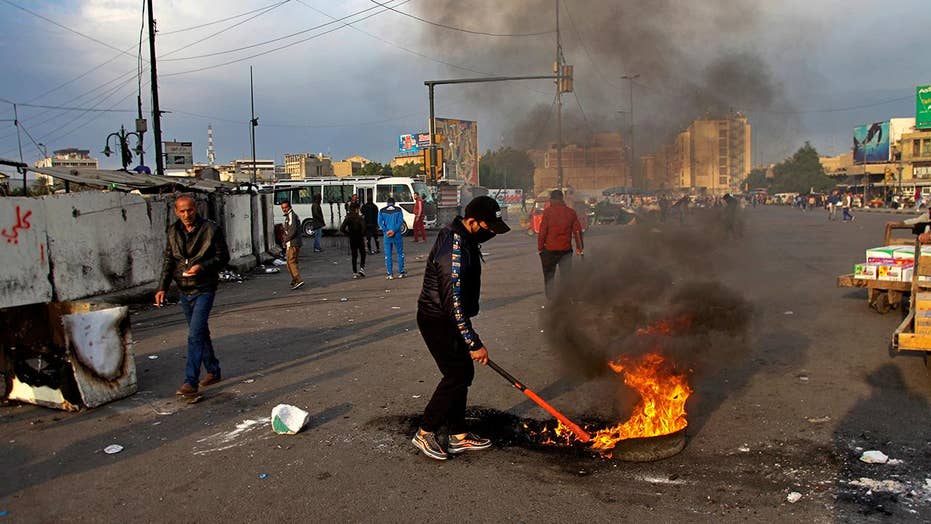 Rep. Kinzinger: Now is not the time for the US to leave Iraq

Republican Rep. Adam Kinzinger weighs in on how the U.S. should react to Iran's missile attack on U.S. forces in Iraq.

Appearing on "Fox & Friends," Kinzinger said that he believes this point in time may be an "opportunity" for the United States to "kind of walk back from this cliff that Iran has brought us to."

"So, now is the moment where I think the president -- whatever he does -- he will have the information. He'll make the right decision. Hopefully, we are walking back from Iran's escalation, but we can finish any fight," he said.

Kinzinger said he would argue that "anybody" who says the United States is escalating does not know the region or the history.

"This is what's amazing to me; is this [revisionist] history...You know, this idea that this was America's fault. That it wasn't our mistake in leaving Iraq that actually led to this in the first place," he told the "Friends" hosts.

Pelosi slammed the administration in a tweet on Tuesday following the Iranian airstrikes:

"Closely monitoring the situation following bombings targeting U.S. troops in Iraq," she wrote. "We must ensure the safety of our servicemembers, including ending needless provocations from the Administration and demanding that Iran cease its violence. America & world cannot afford war."

"You know, at the time when Americans are having missiles raining down on them, we should actually rally around the flag. There is plenty of time for politics. We have a whole year until the election," Kinzinger commented.

"I supported Obama when he took big actions that we needed to. They don't think that way," he continued. "And, that is why it's important for us to stand together and also not to leave Iraq. To stand with the Iraqi people who really do want us there and not their puppet government that exists to this day."