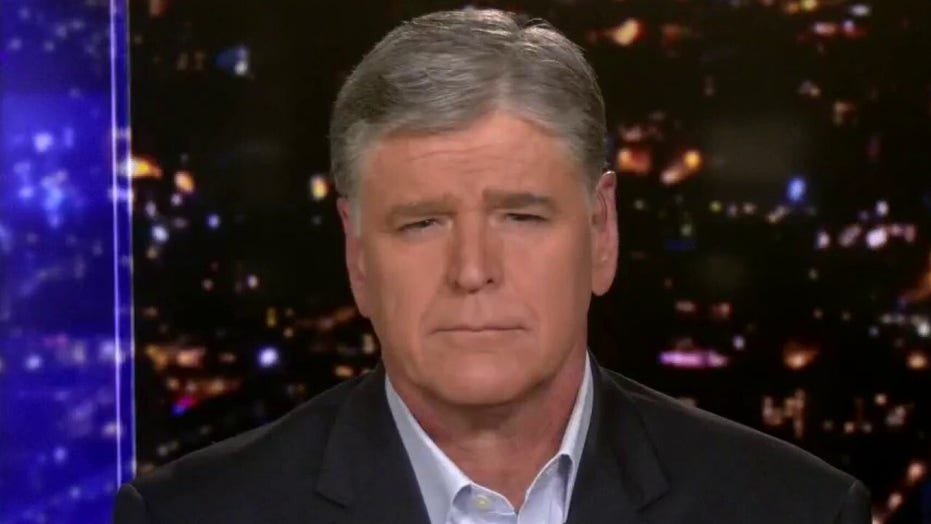 Sean Hannity reacts on 'Watters' World' to the Obama administration being caught lying about Russia collusion.

During an appearance on "Watters' World," Hannity blasted the Obama administration and Democrats for the Russia investigation and the FBI's targeting of former White House national security adviser Michael Flynn, whose lying-to-investigators case was recently dropped by the Justice Department.

"You just pointed out about Obama saying, 'Oh, we never had a scandal,'" Hannity said to host Jesse Watters. "All of this happened on his watch, this abuse of power, this corruption. It's at a level that is so high. I want your audience and our audience to both know that this is a danger to the republic."

"And you had the Democrats following Adam Schiff off the cliff. He's getting testimony day after day," Hannity said, mentioning the numerous intel chiefs saying there was no evidence Trump was dealing with Russia. "And then he's going on fake news, CNN and all over the media, and the willing accomplices that are allowing him to push his propaganda. But he knew he was lying."

The House Intelligence Committee on Thursday released dozens of transcripts of interviews from its Russia probe in 2017 and 2018 following demands by Republicans to make the records public -- after the content was cleared for release by the intelligence community.

The transcripts included testimony from many officials who said they were unaware of evidence showing coordination between the Trump campaign team and the Russians.

"Jesse, this can't happen in the United States of America. It can't or we don't have a country," Hannity said. "We don't have [a country] if we allow this to happen again, this abuse of power."