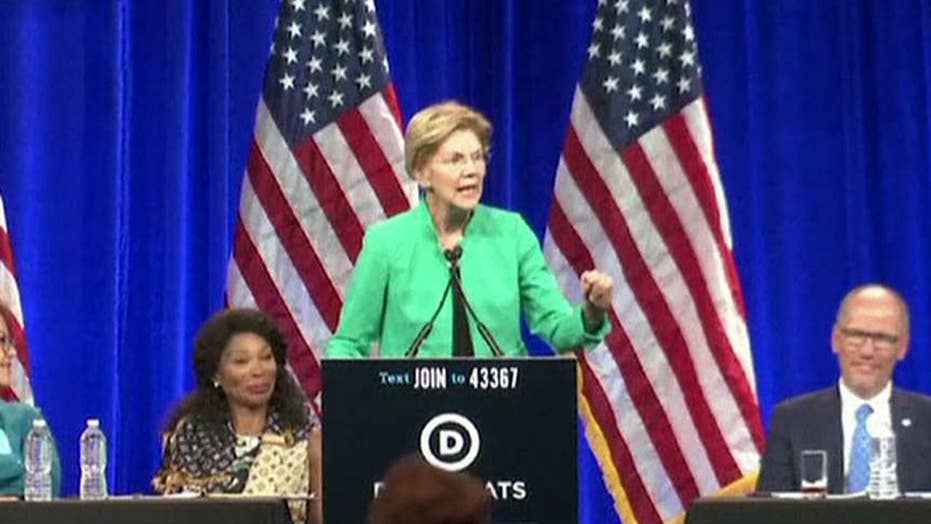 Sen. Elizabeth Warren, D-Mass., released a 2020 campaign video on Sunday, attempting to paint U.S. companies as un-American for being more loyal to their shareholders than to the country.

The ad, narrated by Warren, accuses companies of hurting American workers to bolster their financial bottom line, and refers to her plan to fix it as "economic patriotism."

She also proposes the creation of a new federal agency called the "Department of Economic Development."

"They have no loyalty or allegiance to America. Levi's blue jeans? Only two percent of their factories are here in America," Warren said. "The maker of the famous No.2 pencil -- they make most of those pencils in China and Mexico. And General Electric -- they recently shipped jobs from Wisconsin, across the border to Canada."

"If they can close up an American factory and ship jobs overseas to save a nickel, that is exactly what they'll do," she continued. "In a Warren administration, government policy will support American workers. I call it 'Economic Patriotism.'"

Warren said the new "Department of Economic Development" would replace the Commerce Department and a "handful of other federal agencies," with the express purpose of creating jobs.

"This new agency will have a single mission," she said. "Defend and create American jobs. And we'll direct the new agency to use aggressive new tools... [and] we'll use them to boost American workers.

"This is not a question of more government or less government, it's about who government works for. I have a plan to get us there."