Radio host Howie Carr said Sunday that Sen. Elizabeth Warren's Native American policy proposal is nothing more than "a laundry list of free stuff" to bribe voters, ahead of the 2020 election.

The presidential hopeful released a wide-ranging plan in a Medium blog post on Friday writing that funding certain programs for indigenous people was "not optional," but "required."

"If it’s like all of her other policy proposals, it's basically a laundry list of free stuff that she’s proposing to give to whatever group she’s speaking before," Carr said Sunday on "Fox & Friends Weekend."

He claimed Warren likely would get into a bidding war with fellow presidential candidate Sen. Bernie Sanders, I-Vt., over who could promise the most federal funding, and criticized her for using her heritage as a political prop. 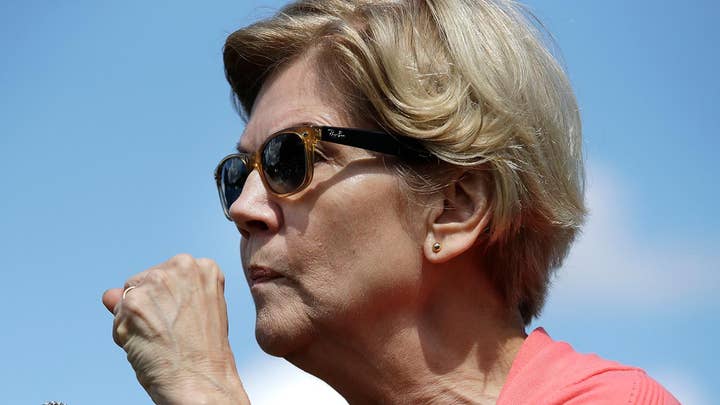 "She says America has mistreated Native Americans. What worse form of mistreatment is there than to check the box when you’re a Caucasian?" Carr asked. "She claims that she’s been cleared, but no one really buys that she didn’t use her heritage to get ahead."

Carr also commented on Warren's rising poll numbers and said they're more reflective of former Vice President Joe Biden's gaffes, and had nothing to do with the substance of her campaign.

"I think it’s more a reflection of just the weakness of Joe Biden," he said. "I mean, he turned in a pathetic performance last weekend at the Iowa State Fair."