Lindsey Graham: Democrats are suing over Flores agreement because 'They hate Trump'

Sen. Lindsey Graham, R-S.C., appeared Tuesday on "Fox and Friends" to discuss the replacement of the Flores agreement.

Sen. Lindsey Graham appeared Tuesday on "Fox & Friends" and said Democrats are suing the White House over the ending of the Flores agreement because 'they hate" President Trump.

The Trump administration announced on Wednesday that the DHS would be scrapping the court-ordered Flores agreement, which prohibits children from being held in detention for more than 20 days.

The Flores ruling was the result of a 1980s case in which 15-year-old Jenny Flores was detained with adults by federal authorities after fleeing El Salvador. The Flores settlement allowed migrant children to be sent to care programs after 20 days. Acting DHS Secretary Kevin McAleenan said the new rule will replace Flores, while retaining most of its terms. It is set to take effect in October. 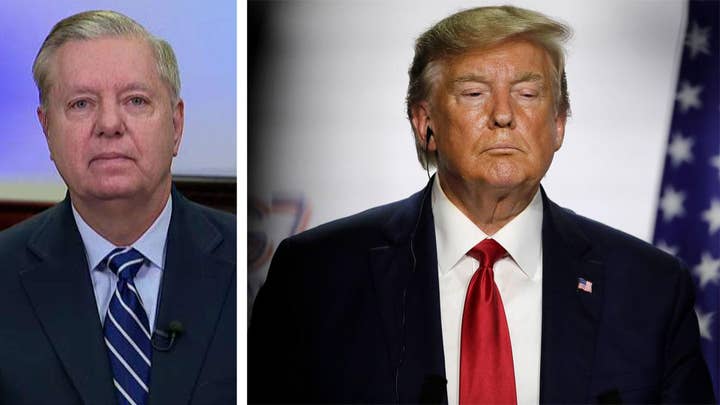 Graham criticized the 19 states and the District of Columbia, which are suing the Trump administration, and blamed them for worsening the illegal immigration crisis at the southern border.

"These states are supporting the magnets of illegal immigration," he said. "The reason we're being overrun is two reasons. If you come here and claim asylum... you never show up... All they've got to do is ask for asylum.

"If you're bringing a minor child, we can only hold the child for 20 days... Since you don't want to separate families, we'll let the entire family go. So they're continuing a bad practice. Shame on these states... Congress should change our laws to allow you to hold minor children and their families long enough to process their claims."

Graham further chastised Democrats for refusing to work with him across the aisle on illegal immigration and said he can't find one lawmaker from the opposing party who will agree to reform Flores. 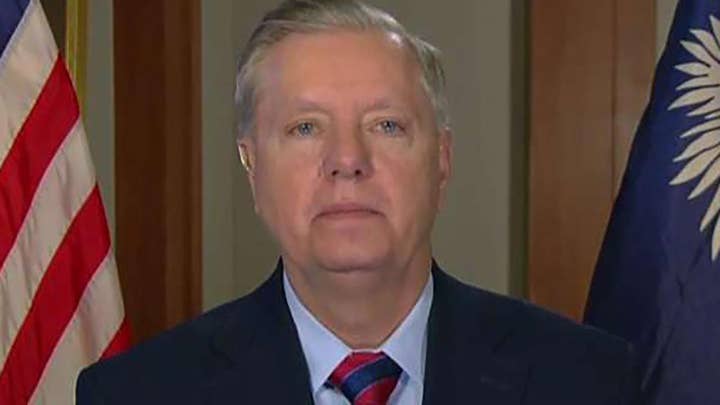 "I can't get one Democrat to agree to allow children to be held with their families humanely for, 40, 50, or 100 days so we can process their claims," he said.