The founder of a parental rights organization told "Fox & Friends First" Thursday it's not surprising that blue states used COVID relief funds for critical race theory education in their schools.

"It is appalling, and it is also unsurprising. Let's look at the words that the department used in February 2021 when they passed this initiative or when they were trying to pass it. Many of us thought that it was going to be used for masks, for air purifiers to keep our schools open," said Parents Defending Education founder Nicole Neily.

But according to a new report, the money wasn't just for COVID protections. Blue states across the country are using billions of taxpayer dollars from President Biden’s $1.9 trillion COVID-19 relief package to push core tenets of critical race theory (CRT) in public schools.

The American Rescue Plan (ARP) Act, which the Democrats passed in March 2021 without any Republican support, was billed by the Democratic Party as a necessity for reopening schools during the COVID-19 pandemic.

However, the law provided over $122 billion for the Elementary and Secondary School Emergency Relief Fund (ESSER), which helped multiple states implement "implicit bias" and "anti-racism" training, among other programs, according to research from One Nation shared with and verified by Fox News Digital.

WASHINGTON, DC - JULY 19: U.S. President Joe Biden speaks about the nation's economic recovery amid the COVID-19 pandemic in the State Dining Room of the White House on July 19, 2021 in Washington, DC. Biden also reiterated his hope that Facebook will better police vaccine misinformation on their platform. (Photo by Drew Angerer/Getty Images)

In February 2021, before the legislation passed, the White House told FOX Business that ESSER funding would provide schools "with the resources they need to safely reopen and fully serve their students."

Democrats like Sen. Raphael Warnock, D-Ga., described the passing of ARP as a matter of life and death.

"This is one moment in which it’s very clear that public policy is quite literally a matter of life and death," Warnock said during a February 2021 news conference with Sen. Chuck Schumer, D-N.Y., adding that the bill would provide "more than $4 billion to the state of Georgia’s K through 12 schools to ensure students, teachers, and staff stay safe and healthy, and to address learning loss." 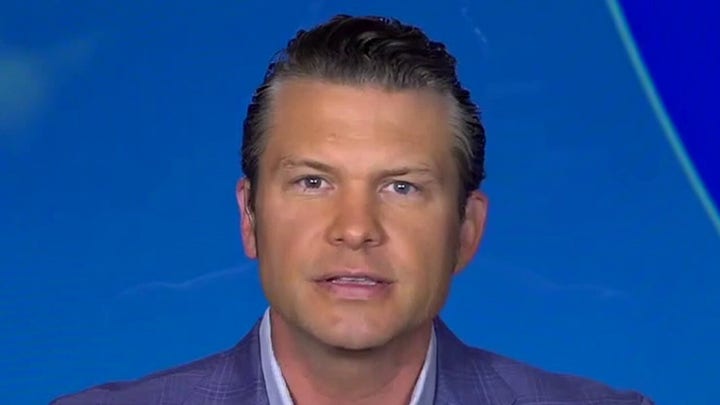 Neily said supporters of critical race theory claimed they were committed to addressing the social, emotional, and mental well-being of children in schools.

"Terms like social, emotional learning sound great. Of course, we want our children to be emotionally aware, but we look at actually what these programs are in practice, these are trojan horses for critical race theory," Neily said, adding that part of the push is for programs to address "implicit bias."

"That's exactly what this Department of Education wants to do and that's what a lot of these education bureaucrats at the state and local level want to do as well," she told Todd Piro.