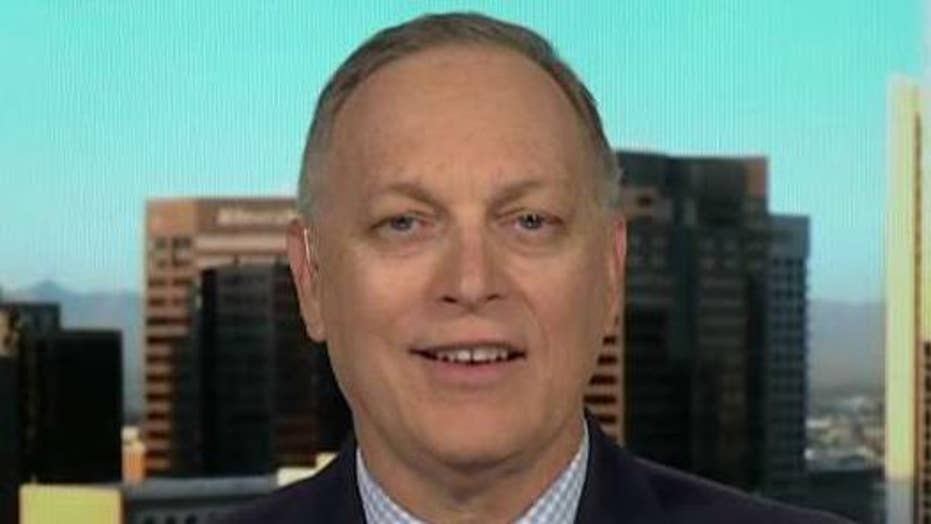 Appearing on "America's Newsroom" with host Bill Hemmer, Biggs, R-Ariz., argued it didn't matter that Schiff wasn't aware of the identity of the whistleblower.

In addition, Biggs pointed out that the complaint in question didn't read like a "normal whistleblower complaint," with multiple references to "media stories."

In a combined effort with other GOP lawmakers, Biggs seized on a new report focused on the whistleblower's actions before filing a complaint regarding the president's dealings with Ukraine. The report from The New York Times revealed the whistleblower had corresponded with a House Intelligence Committee aide before filing the complaint. The Times also stated that the staffer later shared parts of the whistleblower's concerns with the committee's Chairman Adam Schiff. The staffer, notably, did not share the figure's identity with Schiff.

Schiff later confirmed in a tweet that the aide also advised the whistleblower to file a formal complaint and get a lawyer.

However, House Minority Leader Kevin McCarthy, R-Calif., claimed that the revelations proved Schiff had been "orchestrating" in congruence with the whistleblower.

President Trump said the Times' report showed Schiff was a fraud: "I think it's a scandal that he knew before. He probably helped write it."

In an op-ed on Fox News published Wednesday, Biggs wrote that he had introduced a motion in the House of Representatives to censure Schiff because he has "disqualified himself to lead any impeachment proceedings against President Trump by his outrageous statements and conduct, and deserves no sympathy."

Biggs argued that anyone "taking a fair look" at Schiff's actions over the past two years must conclude that he is "unfit to lead the Democrats' never-ending pursuit of the impeachment of duly elected President of the United States."

He said that House Speaker Nancy Pelosi, D-Calif., has "done Schiff no favor by giving [Schiff] the high-profile assignment of spearheading the Democrats' anti-Trump crusade" and that House Judiciary Chairman Jerrod Nadler, D-N.Y., would be more qualified.

According to Biggs, Schiff has "repeatedly shown incredibly poor judgment" and "consistently demonstrated bias and animus against Trump." He wrote that it was obvious the Democrats are "so invested with the notion" of impeachment, that they will "not abide by the formalities of process and clearly established precedent."

"This leads us to the inevitable conclusion that the impeachment inquiry will be unfair, without due process, and presided over by an individual who is so biased that he has made impeachment his No.1 goal," Biggs concluded.

"I think there's a chance that we could get Mr. Schiff properly and appropriately censured," Schiff told Hemmer. "If not, maybe Nancy Pelosi will reconsider making him the lead. Because he's certainly is not qualified, not demonstrated the fealty to due process. He's not demonstrated this gravitas that's necessary. He's kind of made it into a comedic thing in some instances."